Sanlam’s Laubscher: Where will growth come from?

It is common knowledge by now that South Africa is stuck in a low-growth rut with growth forecasts continuing to be downgraded (the IMF being the latest to do so) and the prospect of a return to 3%+ growth being pushed out. This state of affairs is partly ascribed to a weak global growth outlook, and partly to domestic constraints. 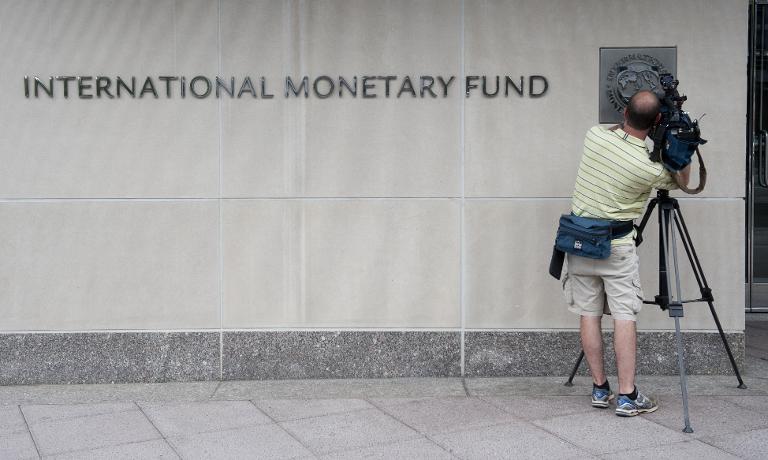 The International Monetary Fund put off for one year a new round of quota reforms, blaming the lack of US ratification of a previous round meant to be implemented in 2012

However, before we get too despondent about this it is worth noting that South Africa is nevertheless doing better than some other commodity-exporting countries, like Brazil and Russia, which find themselves in recession. In fact, it is quite remarkable that South Africa’s growth rate remains positive, even if it is at a lowly 1.5%, in spite of all the obstacles in its way – once again demonstrating the well-known resilience of the economy (or the private sector, to be more specific).

The extreme irony is perhaps that because South Africa did not fully participate in the commodity super cycle in the early 2000s, due to policy failures, and later on unstable labour conditions, it now feels the negative impact of the commodity downturn to a lesser extent. Although there was a spurt in investment in the mining sector in 2006-2008, it was not accompanied by any meaningful expansion in production capacity and the contribution of the primary sector to the economy continued to decline.

In the decade to 2010 the primary sector made almost no contribution to growth in gross value added, expanding cumulatively by only 4%, compared with an increase of 41% for the economy as a whole. In fact, in the decade to 2010 gross value added by the mining sector in particular declined in five out of the ten years to record a cumulative decline of 0.2% for the period. In nominal terms the sector of course did benefit from higher commodity prices.

Furthermore, the prudent fiscal policy followed by South Africa at the time by not squandering the tax overrun created the necessary room for the expansionary policy adopted after the economy moved into recession in 2009, even though the way in which this room was used was suboptimal (by and large taking the form of an explosion in the government wage bill) with little long-term benefit to the economy.

The danger is that we could easily become complacent about our lack of growth, ascribing it to poor international economic conditions over which we have no control, or the electricity constraint that in time will be resolved, enabling us to grow as usual. In other words, we should just sit back and bear with it until the problem resolves itself. However, such an attitude will not do as it will make us lose sight of fundamental flaws in our approach to growth.

The strong correlation between the South African business cycle and the global cycle is a long-standing feature of our economy, that demonstrates the absence of an inherently independent growth dynamic in the economy. It is something that needs to be consciously addressed as it has been a major cause of our stop-start growth history. The weak prospects for the global economy, as set out in the IMF’s recent World Economic Outlook, lend further urgency to this objective.

Of course South Africa cannot and should not try to isolate itself from the global economy. That would deprive it of an obvious channel to lift its growth rate. However, South Africa is small enough in a global context to be able to follow a niche strategy that could at least partly hedge the economy against negative developments at a global level.

That South Africa’s economic well-being continues to be dependent on the commodity cycle is an indictment of its inability to modernise and diversify its economy. It is problematic that the bulk of export earnings still comes from natural resources, in spite of the contribution of the primary sector to GDP having declined from 27% in 1970 to 10% currently and continuing to do so.

A shift in export focus is inter alia required if South Africa is to continue benefiting from its relationship with China, even if the credibility of the latter’s official growth statistics is questionable. The long-anticipated rebalancing of the Chinese economy from unsustainably high investment to greater reliance on consumption as driver of growth implies a similar rebalancing in Chinese imports from commodities to consumer goods and services. The challenge for South Africa is to adjust to the Chinese rebalancing by changing its export mix accordingly.

But there are numerous soft issues holding back growth, culminating in sustained high growth clearly not being a policy priority for the South African government. Its focus is on redistributing the fruits of what growth is achieved rather than maximising it, and transforming the economic landscape according to political priorities without regard for the implications thereof for growth.

For example, since Joseph Schumpeter put the entrepreneur at the centre of economic development it has been widely accepted that governments should create a favourable environment for entrepreneurship and not resist the process of “creative destruction” that is inextricably part of a dynamic economy. But then South Africa’s black economic empowerment policy does exactly the opposite through its influence on incentive structures.

Black business people are encouraged to lay claim to part ownership of an existing business (the larger and more established the better) rather than take the risk of starting their own ventures, while potential white entrepreneurs have to reckon with the requirement to share their success with black partners in spite of bearing the full start-up risk (no similar requirement applies to potential black entrepreneurs).

The lack of urgency in encouraging economic growth is further illustrated by the contrast in the energy and the drive put into social and redistributive policy initiatives – for example, national health insurance and a national minimum wage – compared with the absence of forceful action in addressing the structural constraints that for many years have been acknowledged to be holding back the economy. These include inter alia the education crisis, labour market instability and inflexibility (in the sense of wages often not reflecting productivity and labour force mobility being limited), and poor service and infrastructure delivery.

To achieve the required growth rate to meet the challenges of unemployment and poverty, South Africa will have to find a better balance between growth on the one hand and transformation and redistribution on the other hand. It will also have to reconsider the way in which it strives to achieve its transformation objectives to create an environment in which entrepreneurship and initiative are amply rewarded.