Their numbers should be giving executives sleepless nights… 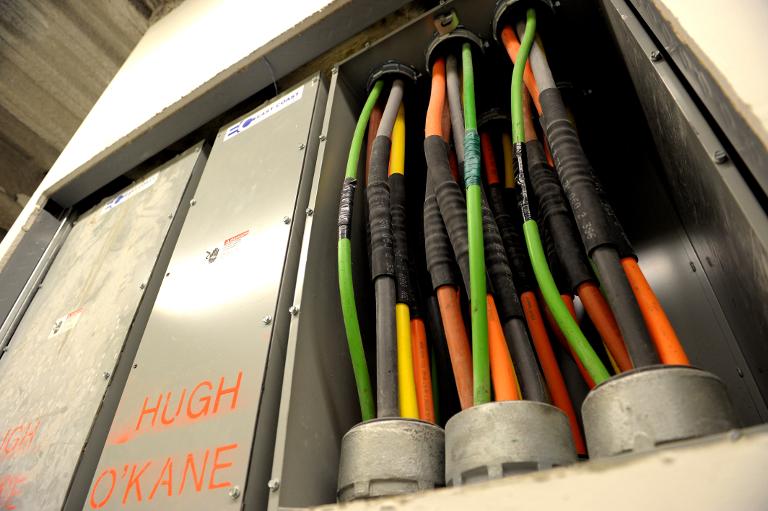 In financial results for the six months to end September released yesterday, fixed and mobile operator Telkom revealed that the number of ADSL subscribers increased by 4.2% in the past year. Having crossed the one million mark sometime during its last fiscal, total subscribers now sit at 1 012 416.

That it took Telkom more than a decade to reach one million is a topic for another day… The real problem is that ADSL user growth has practically stalled.

Between April 1 and September 30, it added 7 130 ADSL subscribers. By contrast, it added close to that number per month (5 661) in the preceding six months.

The headline numbers are slightly skewed, given that Telkom started disclosing internal lines (as a footnote) from March 30 last year. Based on those figures, it seems there’s been a deliberate strategy in place at the operator to get its employees to install ADSL. In its first disclosure (March 30, 2014), 4 914 ADSL lines were ‘internal’. At end-September, 8 341 ADSL lines were internal. The real growth was between March and March, with only 103 net ‘internal’ additions in the most recent six-month period.

Regardless, decelerating from an average of 5 661 net additions per month to 1 188 inside six months is startling. It may very well mean that net additions have been flat (or very close to being zero) in the past few months.

Executives at the new head office campus in Centurion must be worried.

There are some complex market dynamics at work. Firstly, mobile data – while not a strict ‘replacement’ – is increasingly an appealing solution for home connectivity, especially for younger (and older) consumers (i.e. those who don’t have large families). And secondly, fibre is becoming a reality, especially in dense urban areas (and among higher LSMs).

The economics of ADSL are rapidly getting to the point where it no longer makes much sense when compared to alternatives. For the price of an entry-level ADSL package from Telkom1, at R399 a month (across 24 months), you could buy a 5GB once-off mobile data bundle (on a 12-month contract, a 5GB package will cost R289 a month)2. This price also compares very favourably with entry-level (4Mbps) fibre services, with uncapped services available at R499 per month3.

With the significant rollout of fibre-to-the-home by dozens of operators (including the big gorillas Telkom, Vodacom and MTN), expect this pricing to become even more competitive as economies of scale kick in.

Telkom has publicly stated the aim (through its new standalone wholesale division Openserve) to provide one million homes with access to fibre by 2018. But, its been slow to move. As at end September, its fibre network only passed 38 000 homes. That one million target is going to be a (big) stretch…

It won’t disclose how many subscribers it has on its fibre network, but it surely can’t be more than a few thousand.

Was it too slow to move on fibre? Almost certainly.

For Telkom, ADSL subscribers are especially lucrative because of the required monthly fixed-line rental. This kind of annuity revenue is hard to find. In terms of that rental alone (R189 a month), Telkom’s one million ADSL subscribers (1.004m, excluding internal lines) are worth nearly R200 million in revenue to the group each month.

Broadly speaking, an entry-level ADSL subscriber generates revenue for Telkom of close to R4 500 a year. That might not sound like a lot, but it equates to R424 million a year per 100 000 subscribers. At the higher end (speed wise), an ADSL customer generates closer to R7 500 in revenue a year. And remember, Telkom has been very successful on ‘migrating’ customers to subscription packages, where line rental, voice minutes and data are all included (now 25% of total revenue).

The easy work in the turnaround strategy (cutting headcount, outsourcing, revaluing retirement fund assets, exiting onerous leases) is complete. Now comes the hard bit… growing its customer base significantly. For one, that R700 million-plus spent on marketing each year has got to start showing adequate returns. It can’t be spending that amount of money to stand still in certain product categories.

In its presentation on Monday, Telkom admitted that the “response” from competitors was “much more aggressive” (presumably than it expected). If the Vodacom/Neotel transaction is finalised, Telkom can expect even more competition in its traditional strongholds.

And getting consumers to switch to or use more mobile data is not going to make up the numbers… Mobile data revenue in the last six months was R711 million (up 68.5%). That seems a lot, but total data revenue for the group in the same period was R5.7 billion. (Revenue from data connectivity (including leased lines) was R3.3 billion, while internet access was R980 million.)

The million-dollar question is whether we’ve seen peak ADSL…