Court to rule in a week on SAA media gag order 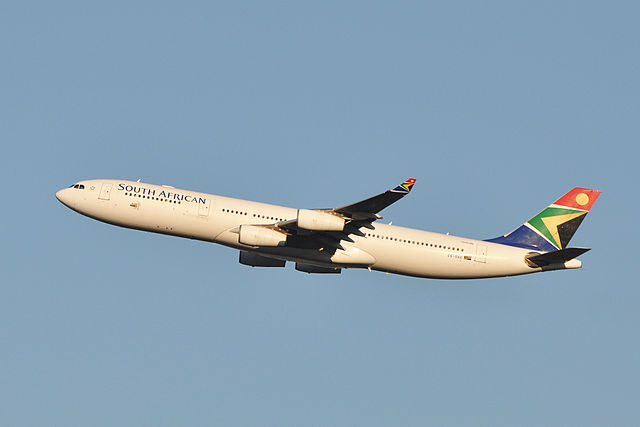 Judge Roland Sutherland will on December 17 rule whether an interdict prohibiting Moneyweb, Business Day and Media24 from publishing an internal SAA memo, should be set aside or confirmed.

SAA obtained the interdict in the early hours of November 24. It argued then that the document was a legal opinion prepared by its head of legal Ursula Fikelepi, and is as such protected against disclosure by professional legal privilege.

Adv. Anne-Marie de Kok, representing the media companies, said SAA misled the court on November 24 by falsely stating that Moneyweb and Business Day refused to give an undertaking not to publish the document.

She said they were never asked for such an undertaking and SAA made the statement to create a sense of urgency, which is a requirement to obtain an interdict.

An interdict is aimed at preventing impending or continuing harm, but at that stage the harm, if any, had already occurred, since publication had already taken place, De Kok said.

SAA’s right to professional legal privilege had been extinguished by the publication before the order was granted and there was therefore no clear right that had to be protected, she argued.

SAA did not comply with the requirements for an interdict on November 24 and still does not, she stated.

Adv. Timothy Bruinders SC, acting for SAA, conceded that SAA’s failure to effectively serve the media companies with documents indicating its intention to obtain the order, could be criticized.

He said SAA and its legal representatives were under pressure to prepare the application, but admitted it was no excuse for effectively denying the media groups the opportunity to oppose the application on November 24.

He said SAA’s conduct could be taken into account in determining the allocation of legal cost to the different parties, but it should not prevent the court from ordering the protection of SAA’s right to privilege.

Bruinders argued that professional legal privilege is a fundamental right that cannot be trumped by public interest. He said the only exceptions to this privilege was if the party enjoying privilege waives it, or when the legal advice contained in it facilitates crime. These two exceptions are internal mechanisms to balance privilege with public interest, he said.

He said a privileged document enjoys protection in perpetuity and asked the court to confirm the order against the respondents.

Adv. Kate Hofmeyr, who represents the South African National Editor’s Forum (Sanef) and NGO Section Sixteen, who were allowed to participate in the proceedings as friends of the court, said SAA waived its privilege. It did so by failing to assert its right at several opportunities over two and a half days before obtaining the interdict. On a consideration of fairness, the court should consider this conduct as a waiver, she said.

She also said an interdict was futile on November 24 and still is, due to the extent to which publication of the document had already taken place at the time of the first order and since then.

Judge Sutherland asked Bruinders to respond to this futility argument, to which he said the order would serve a purpose to protect his client’s right to consult with its legal advisor privately.