Risk assumption may be key to reduce cost – NWU academics. 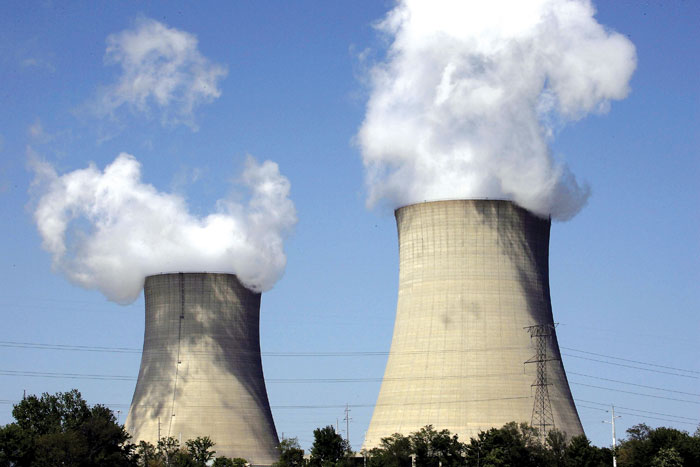 South Africans need not be unduly concerned about statements that government’s proposed nuclear build programme will be unaffordable at more than R1 trillion, according to academics at North West University (NWU).

The cost will be clear only when the different vendors submit their bids and this will be done against the background of a nuclear buyers’ market, NWU nuclear engineering programme manager Dr Anthonie Cilliers, and senior lecturer at the NWU School of Mechanical and Nuclear Engineering Dr Dawid Serfontein, told Moneyweb.

Some of the vendors with great commercial and strategic ambitions are struggling to sell their reactors due to the current stalled world economy and anti-nuclear sentiment after the Fukushima nuclear accident. Therefore, willing and able buyers have a lot of bargaining power, they say, as some countries may even be prepared to sell at a small loss to sustain their own nuclear industries.

Structure of the deal

Once the capital on a nuclear plant has been repaid, usually after about 20 years, it delivers very cheap electricity and basically functions as a cash cow for its owners, as is currently the case with Eskom’s Koeberg power station.

The typical 20-year repayment schedule for a nuclear power plant may be extended in light of the long life of the asset, much like paying off a house over 25 years, rather than 15 or 20 years.

With regard to the nature of the deal, Cilliers and Serfontein say the choice is between a turnkey contract, where the contractor takes all the risk; and a contract where the buyer takes the risk, appoints different contractors and plays an active role in the project management.

In 2008 the South African government embarked on a nuclear procurement programme for two plants of 1 600MW each, on a turnkey basis, which placed all the risks on the contractors. “Since the contractors had no way to control the political risks such as illegal strikes, they simply priced these risks into the selling price and therefore the bids were unaffordable and government cancelled the process,” Serfontein says.

In reaction government decided on a fleet approach, with the first units to commence operation in 2023 and the last in 2030, Cilliers says. The total programme will deliver 9 600MW power. Cilliers argues that government has a track record of rejecting unaffordable offers, which should provide some comfort to concerned citizens.

In light of their previous experience, government is unlikely to conclude a turnkey agreement. The more likely course of action will be for government, through an appointed entity that may or may not be Eskom, to appoint the nuclear vendor and other contractors and manage the project with the assistance of appointed professionals, as it does with many other major projects. This means that government will carry those risks that do not inherently reside with the contractor, such as illegal strikes, which may result in a large reduction in price.

What South Africans can do

A large portion of the construction does not differ much from any other power station. “At this stage South African companies have the ability to do all of the work, except for about 80% of the work on the nuclear island,” Cilliers says.

“What we need from foreign vendors is the reactor vessel, steam generators, coolant pumps, steam turbines and nuclear fuel. We have the ability to construct the balance of plant like the desalination plant and even the chemical plant,” he says. South Africa also plans to develop the capability of producing and managing the nuclear fuel cycle, he says.

He estimates that about 50% of the total cost would have to be imported from outside South Africa. This percentage will be higher for the first plant and should decrease to below 50% towards the end of the programme, as skills are being developed and transferred.

The Nuclear Industry Association of South Africa (Niasa) currently has about 50 member companies that can play a role in the nuclear build programme. These include the big construction companies that have excellent technical skills, Cilliers says.

Due to the large capital cost and long investment horizon, nuclear build programmes are mostly financed on a government-to-government basis.

The most likely scenario is that the successful vendor, through its government, finances the development of the plant and that South Africa starts paying the amount back one year after the plant comes into operation, over a period of 18 years, Cilliers says.

The electricity selling prices that government projected in its Integrated Resource Plan (IRP) for electricity, already includes the repayment costs of the nuclear fleet. Therefore there will be no need to increase electricity prices over and above the planned prices, in order to pay for the nuclear fleet, Serfontein says.

Electricity is different from other commodities where the price should exclusively be determined by supply and demand, Cilliers says. It is a strategic input that functions as an enabler for economic development of power intensive industries and mining sectors, which in turn can create large numbers of jobs and will result in increased tax revenues. There is therefore a case to be made for government to subsidise the electricity tariff to some extent, he says.

In South Africa there is the added incentive that further developing the already strong local high-tech nuclear industry can be used as a catalyst to transfer the current commodity-based economy to a knowledge-based economy, he says. There is huge appetite for nuclear energy on the rest of the continent, as was indicated by the representatives of 42 African countries who attended a recent meeting on this subject. South Africa is ideally positioned to partly supply training, goods and services to such nuclear construction programmes on the continent, Cilliers says.

The exchange rate will feature prominently in the bidding process, Serfontein says. ‘The rand lost about 50% of its value against the US dollar from 2012. That means that if a country planned to bid a selling price of $6 000/kW-installed power capacity in 2012 dollars, it will now have to reduce its price to $3 000/kW to maintain the same price in 2016 rands. This should be easy for countries such as Russia and, to a lesser extent, Japan, whose currencies similarly crashed against the dollar. However, this will be very hard to do for countries whose economies are dollar-denominated or whose currencies strengthened in sync with the dollar.

“When it comes to a track record with successful nuclear construction, the Three Mile Island and Chernobyl nuclear accidents caused Western developed countries to suffer from severe overregulation and a culture of being overly risk averse, which resulted in low productivity. Therefore construction projects in the West have been plagued by severe cost and schedule overruns”, Serfontein says.

“At the same time the countries in the East, namely China, Russia, South Korea and Japan, constructed nuclear plants much cheaper and much quicker than in the West. Even when the Western companies struggled severely with their first Generation III construction projects in the West, their follow-up construction projects in China are now progressing very well. This is partly due to learning-by-doing and partly due to the wonderful work ethic and culture of productiveness of the peoples of the East.

“These joint factors of currency weakness and nuclear construction track record suggest that it is likely that the tender will be won by one of these developing countries in the East, ie Russia, China, South Korea or Japan. If, however, it is won by one of the developed countries in the West, it will probably be with healthy doses of help and sub-contracting from their partners in the East,” he says.