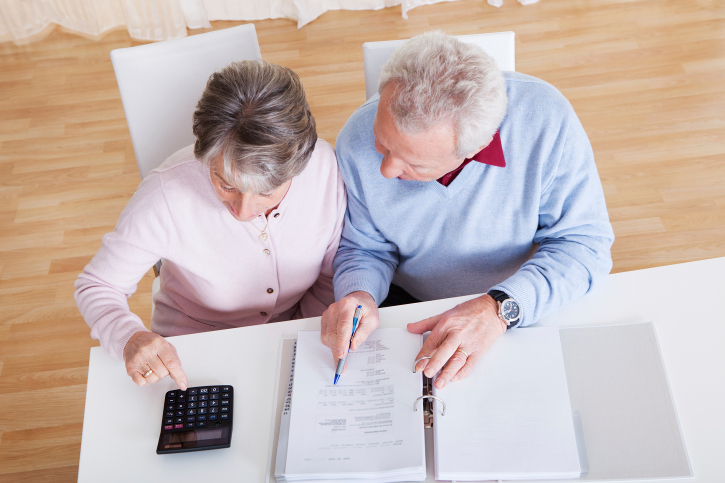 To provide context to this amendment and to explain the implications thereof, I am joined by the chairperson of the Fiduciary Institute of Southern Africa, Ronel Williams and the institute’s CEO, Louis van Vuren.

Louis, let’s start with some background. The amendment to the Estate Duty Act came into effect on January 1 this year. Before the amendment was introduced, what happened to your over-contributions to a pension fund or retirement annuity when you retired and when you passed away – in other words, those contributions you made to a pension fund in excess of the amount that is tax deductible?

LOUIS VAN VUREN: Thank you, Ingé. Two provisions of the Income Tax Act catered for and still cater for those over-contributions.

The first is the Second Schedule to the Income Tax Act, under which any contribution to retirement funds that did not rank for deduction in the year that it was made, is carried over to the date of retirement, and can then be used to increase the portion of any lump sum that is then taken that is taxed at 0%. Currently on the table for retirement lump sums, that limit is at R500 000. The first R500 000 of your lump sums upon retirement are taxed at 0%. And under the Second Schedule any carried-over non-deductible contributions can then be added to the R500 000.

If you contributed so much over the years that could not be deducted in the year that you made the contribution, and the lump sum taken is smaller than what you still have left, you can then, when you retire, under Section 10C of the Income Tax Act get your retirement income also exempt from tax until those undeducted contributions are exhausted.

INGÉ LAMPRECHT: Ronel, why did the regulators believe it was necessary to introduce this amendment to the Estate Duty Act?

RONEL WILLIAMS: Hi, Ingé. The main reason for that was because, in addition to what Louis has just said now, the Estate Duty Act provides that any proceeds of a pension fund are free from estate duty. So that meant that somebody could make a large contribution to their pension fund or retirement annuity, have those benefits that Louis described, and then when they pass away whatever is then paid out to the beneficiaries as the proceeds would in any event then also be exempt from estate duty. So it’s a tax benefit and an estate duty benefit.

INGÉ LAMPRECHT: From January 1 this year what will happen to those over-contributions to pension funds or retirement annuities at retirement and when you pass away, Louis?

So the amendment creates almost a fictitious amount, which is not a real amount of money that anybody will get, to include in the estate duty calculation. And that could lead to extra estate duty, depending on the size of the estate.

INGÉ LAMPRECHT: Ronel, this is quite complicated and perhaps this is best explained by way of an example. Let’s say John Doe contributes a lump sum of R20 million to a retirement annuity two years before he retires and only R300 000 of this is deductible for tax purposes. How would this scenario play out?

RONEL WILLIAMS: Ingé, as you say it is quite complicated and I’m going to try and keep it as uncomplicated as possible, but I’m sure you’ll imagine that when we start throwing figures around it could become a bit complicated.

So okay, using your example, say R20 millio of which R300 000 was deductible, let’s assume this person retires – and I think for the purposes of this question I’m going to assume that he dies very shortly after retirement, so we can just deal with one sum. So let’s assume when he retires and then dies shortly thereafter, this R20 million has now grown to R24 million. In terms of the Retirement Fund legislation he is entitled to take a third of that as a lump sum, which is then R8 million, and of that lump sum – Louis referred to the first R500 000 that’s free from tax – then the balance would then be R7.5 million, which would also be free from tax.

Now that R7.5 million – you now have to work it back to the portion of the contributions that have not yet been deductible – so that’s the R20 million less the R300 000, which would give you R19.7 million.

So now, in other words, if R19.7 million  is undeductible and R7.5 million of that was taken, it means you are left with R12.2 million which has not been deducted or deductible, and that amount is now going to fall into the estate of that person on his death as being the retirement contribution that was not deductible, and is going to become part of the estate for estate duty.

INGÉ LAMPRECHT: Louis, what potential challenges could arise as a result of this amendment?

LOUIS VAN VUREN: Well, Ingé, let’s work with that R12.2 million – and that is now added to the property in the estate for estate-duty purposes but it is not a real amount of money. Yes, there will be the R24 million of the retirement fund and, because the person has already retired, it will depend on what the two-thirds of that retirement fund was used for. Obviously if it was invested in a living annuity, then there will be some value left for somebody, but because it is a retirement fund that will depend on the provisions of the Pension Fund Act and the decision of the trustees of that fund [as to] who will get that benefit.

If it was invested in a life annuity. which was just going to pay out until the death of our fictitious investor who retired, then obviously if there was no capital preservation there would be nothing left, yet the estate will be saddled with this R12.2m asset which may not even exist any more. And, because of that, the estate duty caused by that R12.2m will then have to be recouped from the deceased estate because, although the amendment was made to the Estate Duty Act to include this as property in the estate, there was no amendment to Section 11 of the Estate Duty Act, which gives the executor the right to recoup estate duty caused by certain property or deemed property from the person who got the benefit of that property.

So you can see that you could very easily end up in a situation where one person gets the benefit of that retirement fund after the death of the retiree, while another person who is the heir of the residue in the estate has to bear the brunt of the extra estate duty caused by this.

INGÉ LAMPRECHT: Ronel, one of the big benefits of a pension fund or retirement annuity is the fact that your contributions are allowed to grow tax-free within the vehicle. Therefore some investors may argue that it is beneficial to make contributions in excess of the tax-deductible portion. I guess it would be much easier if you knew when you were going to die. In which instances would it still make sense to over-contribute?

RONEL WILLIAMS: Ingé, I think the reality is that a lot of clients sometimes say that when they are faced with the potential estate duty consequences of their estate and what they say in their will, the argument is – especially if there is no surviving spouse and the children are majors who can fend for themselves, and we hear that quite often – to say that well, I’m not going to be around, I’m not going to see the consequences of the estate duty, and my children are going to get something significant from me, and in that instance I’m not too worried about the fact there is going to be estate duty.

So I think you are going to see some clients who say that, despite the now negative tax consequences, they are still happy with the benefit that they could get out of it, and they will continue to contribute and over-contribute.

INGÉ LAMPRECHT: If you do decide to over-contribute, what should you keep in mind, Louis?

INGÉ LAMPRECHT: Ronel, do you think the amendment will achieve what it set out to do?

RONEL WILLIAMS: Ja, I think we need to consider that the amendment has come into operation at the beginning of this year and it only applies to over-contributions, if we want to simplify it, that were made from and after March 1 last year. So in all likelihood anybody who might have considered making over-contributions under the previous dispensation is now going to reconsider and might not continue making those contributions.

So it’s not clear necessarily that the amendment will achieve what it set out to do. Clearly tax legislation or amendments or revenue legislation amendments are done for the purpose of, as already said, closing the loopholes. In the end it is to generate more money for the fiscus. And so for those people who have already made contributions there will definitely be more money that the fiscus can get out of that. But, as I say, if we talk about a year’s contributions potentially, I’m not too sure that what they have in mind as far as extra income is necessarily going to be achieved.

INGÉ LAMPRECHT: Louis, just lastly, the head of the Davis Tax Committee, Judge Dennis Davis, indicated last year that changes to estate-duty regulations won’t add much more than an additional R2 or R3 billion to government’s revenue. Do you expect that this amendment would contribute the bulk of this?

LOUIS VAN VUREN: No, I don’t, Ingé, for the reasons that Ronel already touched on, and also because this was basically to close a loophole. The loophole started when retirement-fund benefits were made exempt from estate duty in 2009. And what you then found was, to make use of the preferential tax treatment of undeductible contributions, some individuals started making huge single-premium investments in retirement annuities to get the benefit of the enlarged tax-free lump sum, and at the same time avoid estate duty.

So I don’t think this is going to be a huge money spinner for the fiscus. It is unlikely, and anybody who contributes after January 1 this year, who keeps on contributing more than they can deduct, must do so after getting very good advice. It’s not something that I would recommend you do unless you understand the cost of doing that and have balanced that with the needs in your estate.

INGÉ LAMPRECHT: That was the CEO of The Fiduciary Institute of Southern Africa, Louis van Vuren and its chairperson, Ronel Williams.

Nigeria and South Africa, a team that could make Africa tops
56 mins ago
56 mins ago

Nigeria and South Africa, a team that could make Africa tops
56 mins ago
56 mins ago