Enter the new year any way you choose

Three-dimensional (3D) parties, Top Gun-like airport gigs, 1980s rock shindigs and rooftop sundowners will all be part of saying goodbye to 2013 and welcoming in the new year. 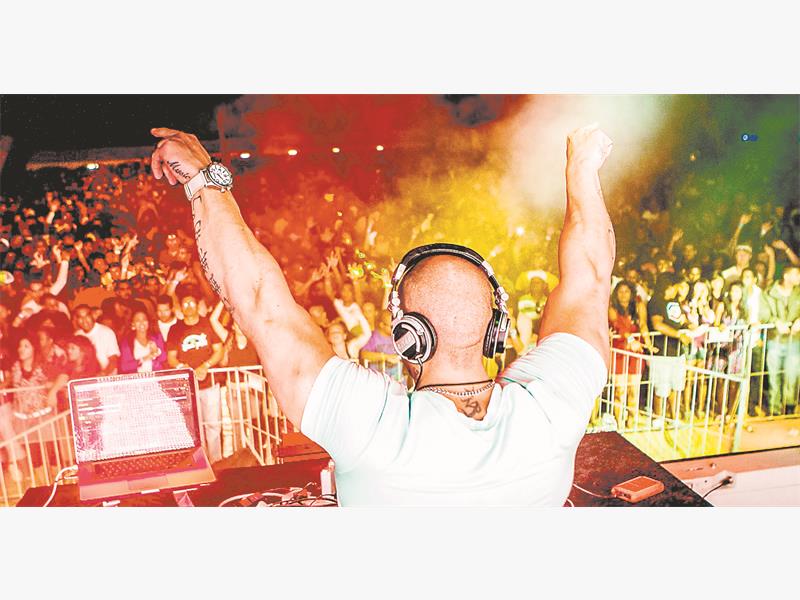 TIGHT SCHEDULE. Mark Stent will be busy on New Year's Eve as he will DJ at three venues: Truth in Midrand, Flyboys in Germiston and Randlords in the CBD.

In Soweto, 5FM will transform Zone 6 into a 3D galaxy with optical illusions, state of the art sounds and DJs including Euphonik, Catherine Grenfell, Sureshnie Rider and Dineo to say hamba kahle to the past year.

“Every person who walks through the doors into the zodiac gateway will receive an exclusive pair of 3D glasses,” the station said. “As the clock strikes midnight, thousands of 5FM helium-filled balloons with guests’ individual handwritten resolutions will be released to the world for good luck.”

Those looking to take a trip down memory lane can dust off their shoulder pads, glam up with pastel-coloured make-up and rock a Jheri curl to a 1980s themed show at Carnival City on New Year’s Eve. The show will feature David Beretta Owens, Danny de Wet, The Electric Petals, John Preston and others rocking tributes to Placebo, The Smiths, The Mission, The Cure, Nine Inch Nails, Radiohead, Violent Femmes and Joy Division.

To properly enjoy the last sunset of 2013, head over to Randlords in Braamfontein which features elevated decks with 360 degree views of Johannesburg. DJs Shawny B, Mark Stent, Ami Letrix and Leo will take guests dancing into 2014 at the award-winning venue.

In KwaZulu-Natal, a midnight fireworks display will be held at People’s Park at Moses Mabhida Stadium with performances by Black Coffee, Mafikizolo, Donald, Teargas, Big Nuz and DJ Tira. The Smoking Dragon New Year’s festival will feature performances by Shortstraw, Bittereinder, Desmond & the Tutus and The Dollfins at Amphitheatre Backpackers Lodge in the northern Drakensberg.

Metro police spokesman Wayne Minnaar said the prescribed times for fireworks were from 11pm to 1am on New Year’s Eve, and from 7pm to 10pm on New Year’s Day. – jevanneg@citizen.co.za.