5 politicians who’ve admitted to getting high

People around the world love to get high, and politicians have been no exception. 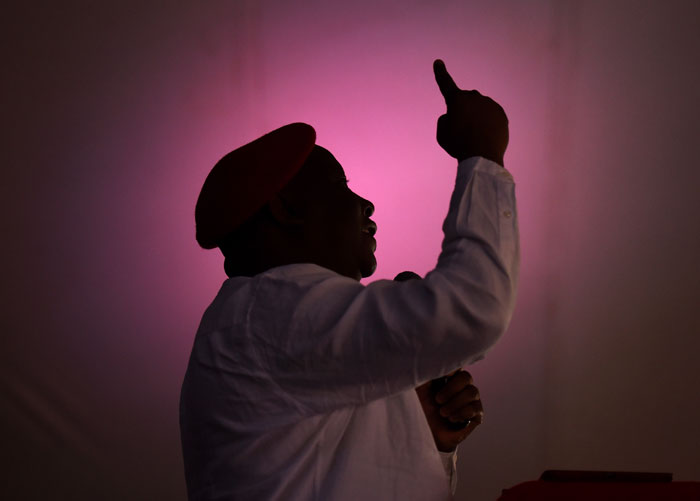 Legalisation lobbyists in South Africa could be rethinking their political stance after EFF Commander in Chief Julius Malema revealed his support for legalising marijuana in the country, although his party has been pro-dagga from the start. Marijuana and various other “recreational” drugs remain illegal in SA and most of the world, although a wave of countries, including the US, are in the process of legalising the herb. Small wonder when you realise that even politicians get high.

Here’s a look at some high-profile leaders who have admitted to trying banned substances in their younger days.

During the EFF’s national list conference in Midrand, Malema revealed that he had in the past taken a few tokes of dagga and that it did not end well for him.

The CIC admitted to having smoked dagga “once” and going home to cook. He “messed everything up in the kitchen”, raising the suspicions of his mother, who then gave him a hiding.

“I thought this thing was too obvious, let me leave it [but] I have seen a lot of people smoke it and read, and not have any problems. I have never seen people drink alcohol and read books afterwards,” Malema told reporters.

Toronto Mayor Rob Ford speaks during the launch of his re-election campaign at a rally in the city’s north on April 17, 2014.

Rob Ford, the deceased former mayor of Toronto, Canada, could very well go down in history as the poster boy for public officials who regularly dabbled in debauchery.

He made headlines in 2013 when a video of him smoking crack cocaine – a highly addictive and dangerous drug – in a hotel room emerged. Ford initially denied the existence of the clip and his drug use but ‘fessed up after local police got their hands on it. He however maintained that he was not addicted.

“Yes, I have smoked crack cocaine… Am I an addict? No. Have I tried it? Probably in one of my drunken stupors, probably approximately about a year ago,” he told reporters.

He died earlier this year after a long battle with “an aggressive form of cancer”.

Before following his father into the family business of running a country, former US president George W Bush was a young university student making bad decisions.

Although he has never openly admitted to doing drugs, Bush reportedly snorted cocaine in the ’60s, according to biographer Kitty Kelley. In her book Family: The Real Story of the Bush Dynasty, Kelley quotes a former sister-in-law, Sharon Bush, who claimed Dubya did coke at the presidential Camp David compound on more than one occasion.

In subsequent interviews with another would-be biographer, Bush chose not to say whether he had done coke or dagga. Based on some of the things he said, one wonders if he ever stopped doing it.

The late Mario Oriani-Ambrosini was perhaps the biggest proponent for the legalisation of dagga in South Africa (for medicinal use, of course).

Ambrosini admitted to parliament, and the whole country, to using marijuana as part of his treatment for the lung cancer he had been battling.

With the full support of his party, Oriani-Ambrosini tabled the Medical Innovation Bill in parliament in a push to make prescription dagga legal. He is also said to have told members of the House: “I must admit, I have just smoked dagga because, if I hadn’t, I would have had to use morphine and then I would not be standing here,” during a debate a few years ago.

He eventually committed suicide following his  year-long battle with cancer and before seeing his legalisation wish come true.

In a 1992 television interview, former president Bill Clinton admitted to having tried marijuana “once or twice” while studying at Oxford University in England.

But he said he would never inhale it, meaning he did not make recreational use of that drug. Although Clinton said he didn’t enjoy it and never tried it again, and old friend of his from varsity said he was rather fond of ingesting brownies laced with dagga.