Trevor Gumbi is the Sober Companion 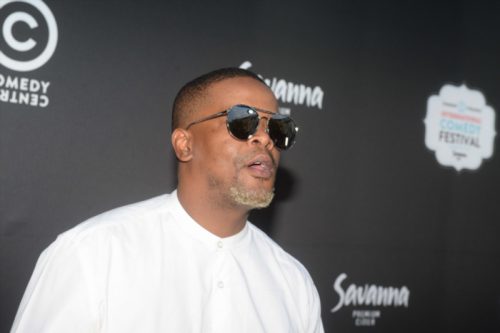 Trevor Gumbi arrives on the red carpet for The Roast Gala featuring Jeff Ross on December 4, 2015 at the Silverstar Casino in Johannesburg, South Africa. (Photo by Gallo Images / Lefty Shivambu)

The Sober Companion is a half-hour irreverent, fast-paced dark comedy created by actor-comedian Trevor Gumbi and acclaimed screen queen Tiffany Barbuzano. The series follows the lead character Trevor, played by Gumbi, as he guides a variety of addicts on the path to rehabilitation, while putting his own sobriety in jeopardy.

The TV series is an answer to the demand for more current and local television content, as it tells the stories South Africans can identify with. The Sober Companion dives into the infamous world of drug addiction and rehabilitation, as lived by Trevor, as he coaches various addicts while they reintegrate themselves into a world free from addiction.

Apart from the compelling series plot, The Sober Companion also features some of South Africa’s highly acclaimed actors and actresses as part of the cast. This includes Chris Beasley, who is mostly known for his role as Lenn on “Isidingo: The Need”; actor and musician Kabomo Vilakazi; renowed comedienne Tumi Morake; and The Prince of Theatre, Athandwa Kani. The cast also features some fresh talent from young thespians who will experience their first big break.

Gumbi, who has been through the journey of drug rehabilitation himself, says :“The TV series is my life laid bare, for your viewing pleasure,” as the series candidly illustrates Trevor’s ride with addiction, with sincere and unrestricted performances from a stellar cast.

Gumbi is a South African comedian, actor and writer and best known as the co-host and voiceover artist of the Mzansi Magic entertainment magazine show Headline from 2010 to 2013 and for his lively and vocal Twitter account.