Still performing at 83, Masuka says she was born to sing. 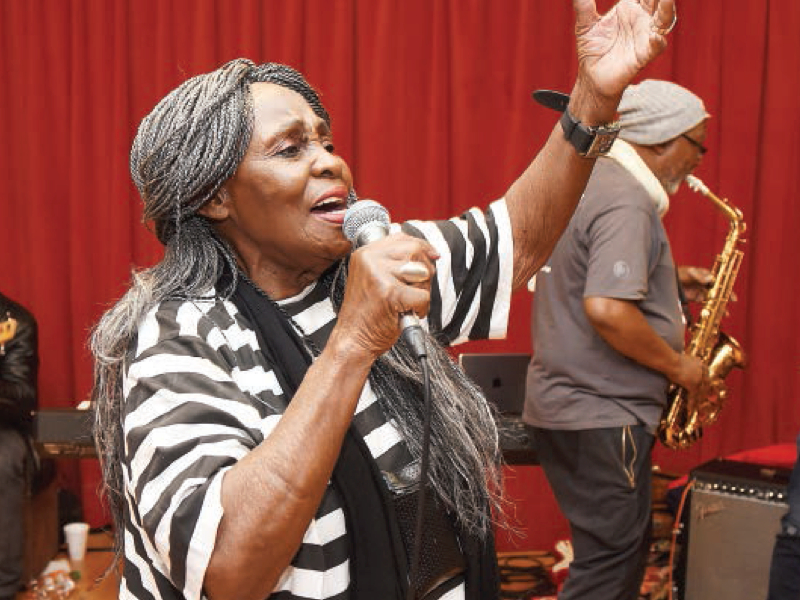 Dorothy Masuka regards herself as a storyteller, communicating to the masses through song, and I couldn’t agree more.

She paints vivid pictures through vibrant performances in song, which can take anyone on a journey.

Despite her age, Masuka’s passion for music is evident the minute she grabs the microphone and sings the first note of a song.

“Some of us are born to be what we are. I was born to sing, nothing else. At the age of 83, I’m still here. I was brought onto the planet to sing,” she says gracefully.

Choosing not to focus on the hardships of being a musician in her time, Masuka emphasises that despite all that, she always emerged as a winner.

“I’ve always made it. I, Dorothy Masuka, have always made it. From the first recording I did, right up to now. You can ask for my records now, and you will still get them in the stores,” she says, adding that youngsters today dance to her music.

“I have a distinct sound. The songs I’ve written are still being sung by many of our great artists in South Africa and outside.”

Being in the industry for as long as she has led her to understand that, shallow as it may seem, the way a performer looks is important.

“I suppose being born in a township and having parents that understood style worked well for me. My sense of style stems from that.”

The jazz legend says she believes exile was not a matter of choice, but a necessity.

“Exile gave me scars, but I think what really happened was that one had to go through that period to be where one is now,” she says.

“Had I not gone through that, then something would have been wrong.I could have thought that things were okay, while in fact they were not.”

She says that through it all, she emerged as the winner she knows herself to be, adding that it is because of people like Nelson Mandela, Steve Biko, Walter Sisulu, Jomo Kenyatta and Julius Nyerere that South Africa is where it is today.

“If you are singing a love song, make sure your lover can feel it. Tell your love story to them.”

She adds that young musicians today still have a lot to learn when it comes to using a song to paint a picture.

“It seems like they are not feeling what they are singing about; the story they are relating, because what we do as musicians is storytelling. I’ve noticed they sing for the sake of singing.”