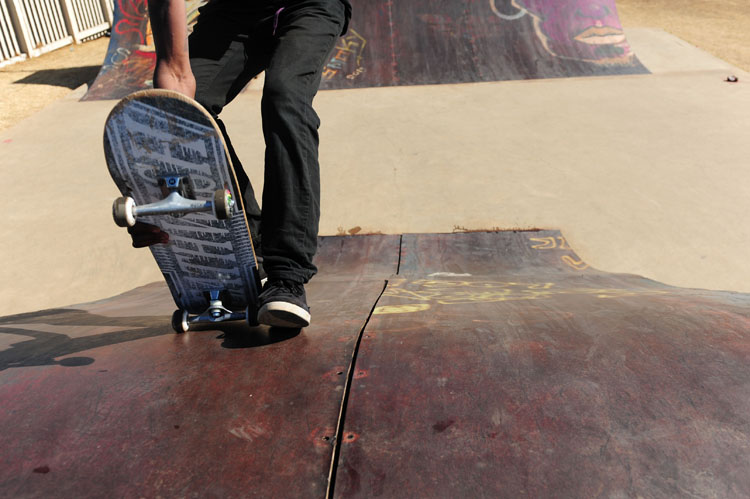 Their location alone helps define the crew, influencing their collective train of thought and giving them the freedom of being what they want to be.

While stuck in its stubborn ways at times, Soweto remains a breeding ground for different forms of expression, encouraging and nurturing young minds who view the world through their own particular lens. While the ideas and vocations differ, language and slang is the thread that binds groups as they recognise themselves as Sowetans.

Back in the day, these gentlemen would have been classified as “coconuts”, but now their hustle is respected and supported. They have adopted the posture of American skaters and X Games enthusiasts in terms of their dress and how they walk, but they remain kasi. Teefu uses a mixture of hip-hop and ekasi slang in his speech, while Si Zwe takes in a bit of everything.

The editing was crisp and the picture quality excellent.

“It was an amazing journey as I went back to Lesotho to reconnect with my heritage,” Teefu says.

“The city tends to get a bit too hectic. There are a lot of voices that can lead to losing your voice and personal perspective. Going back to Lesotho – with the added component of skateboarding and spreading the word to get kids into skateboarding – was a phenomenal experience.

“I met a Sotho shepherd in the hills – and I have never seen anyone learn how to skate so fast. I had to give him a skateboard!”

Teefu’s main concern at the moment is growing the culture of skateboarding in Soweto and Lesotho.

“I have been running SSS for over three years now, and our goal is to get as many kids into skating as soon as possible,” he says. “We help kids get boards and repair them – and teach the kids as well. Skateboarding is a lifestyle; there is a brotherhood that crosses all class and race barriers.”