Despite being almost 35 degrees, over 30 bikers from the East Coast Motorcycles Club turned out to see the spectacular proposal. 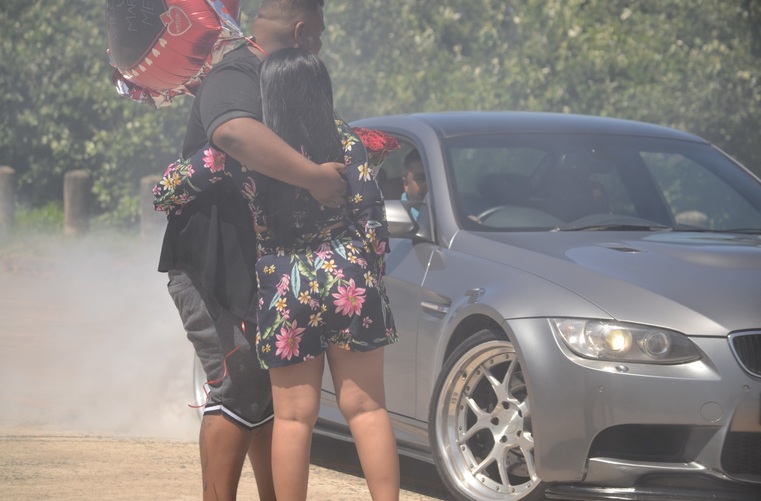 The BMW M3 did spectacular drifts around the couple during their engagement.

A hot summer’s afternoon turned into a tyre-smoking love story when Mackaylin Govender asked his girlfriend, Shivani Padayachee, to marry him on Sunday at Casuarina Beach.

Despite being almost 35 degrees, over 30 bikers from the East Coast Motorcycles Club turned out to see the young man get down on one knee in spectacular fashion, reports North Coast Courier. 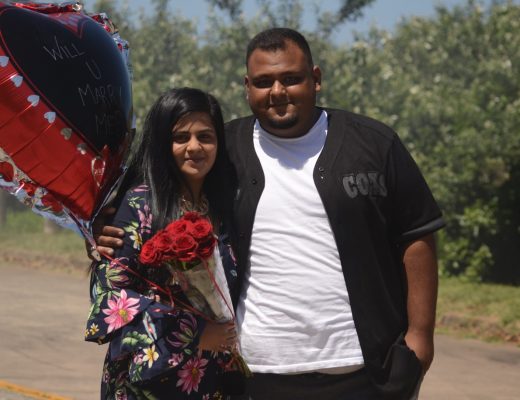 Shivani Padayachee and Mackaylin Govender, the newly engaged loved ones.

The 24-year-old engineer from Phoenix chose the North Coast as the location to get down on one knee, while a V8 BMW M3 drifted circles around them amidst the cheers of the biking community and his friends and family.

“We have been dating for about a year and I realised it was time to make it official,” said a relieved Govender.

To celebrate the moment, a Suzuki GSX 1300 R ‘Hyabusa’ superbike spun its rear tyre and filled the air with purple smoke while the newly engaged couple exchanged a hug and a kiss. 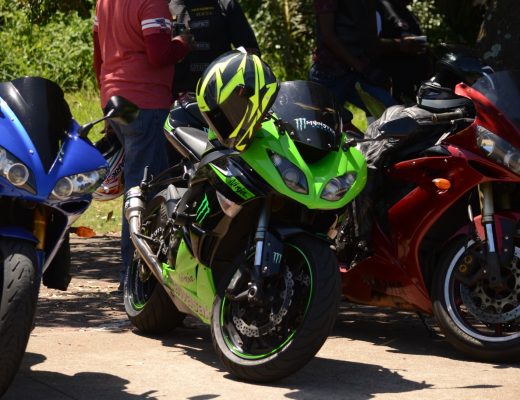 A Kawasaki ZX6R sided by two Yamaha R1 superbikes were part of the parade.

Padayachee was shaking with joy while her friends congratulated her on her engagement.

“I had no idea this was going to happen, I knew there was a surprise today but I was not expecting this,” said the stunned bride-to-be.

The afternoon was filled with cheer and grins as the couple pondered spending the rest of their lives together.