Saftas return to Joburg in 2020

In addition, organisers have mended fences with Word of Mouth Productions and Ferguson Films, who have resolved to submit their work for consideration for awards this year. 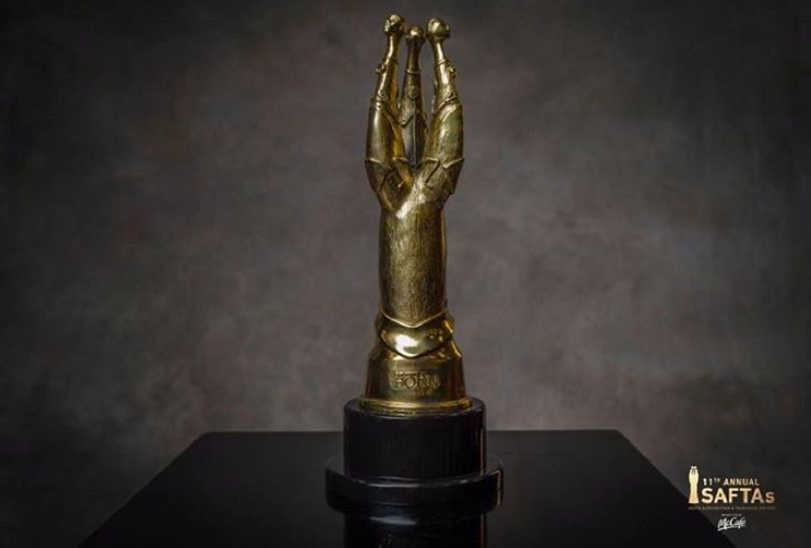 After years of taking place at the Sun City Super Bowl, the National Film and Video Foundation (NFVF) officially announced on Friday that the SAFTAs (South African Film and Television Awards), will be returning to Johannesburg.

The craft and main televised awards will be taking place on 27 and 28 March 2020 respectively at the Sandton Convention Centre in Gauteng.

“The NFVF, as the custodians of the SAFTAs mandated by the department of sports, arts and culture, is proud to present the 14th instalment of these awards that recognises and honours South African talent, under the #LoveSATalent banner,” read part of a statement issued by the NFVF.

“Over a two-day extravaganza, the industry will gather to once again witness the celebration and reward of the golden horn, as decided by a panel of over 200 judges. In a process that is run independent of any interference from the NFVF, the industry is called upon to make submissions in different categories and judging panels bear the heavy task of reviewing, debating and ultimately choosing the worthy nominees and ultimate winners.”

Brand SA, SABC, M-Net, Mercedes Benz, Mall of Africa and Total are among the awards’ many broadcast partners for 2020.

“From the most dramatic cinematography and characters we love to hate and gripping storylines, the SAFTAs 14, will bring all the drama and intrigue as the country’s production teams vie for the behind the scenes awards at the Craft Awards and the main awards shows.”

“Audiences will not be left behind as they too would have had their chance to participate in deciding the outcome of two public vote categories: Most Popular TV Soap or Telenovela and Best TV Presenter.”

“We are cognizant of the criticism that has been levelled towards the SAFTAs in past instalments and we are keen to show the industry our commitment to benchmarking against best practise. To that end, the NFVF team met and consulted with the BAFTA’s team to see what learnings could be incorporated into making these awards better and as a result, some categories were revised, and we feel we are inching closer to having an award show with proper and continued industry buy-in,” stated chief executive officer of the National Film and Video Foundation (NFVF) Makhosazana Khanyile.

“Ensuring the credibility of the awards within the industry meant reaching out to some production companies that had previously boycotted the SAFTAs and we are pleased to announce that both Word of Mouth Production (Muvhango) and Ferguson Films (The Queen) have once again entered their work for consideration into the awards. And we continuously aim to improve the prestige of the golden horn,” she added.

'Live a life filled with purpose': Refilwe Modiselle in new digi-series
4 weeks ago
4 weeks ago

'Live a life filled with purpose': Refilwe Modiselle in new digi-series
4 weeks ago
4 weeks ago