The series goes back and forth between Exotic and Baskin’s odd tug-of-war and her constant treatment of big cats in captivity. It doesn’t get weirder than this. If you’ve had the opportunity to watch Netflix’s Tiger King, you either spent many parts fascinated, confused or wondering how and where such people exist.

Joe Exotic (Joseph Maldonado-Passage), a confessed gun-toting, big-cat breeding, polygamist gay redneck, who sings country music, is the central character. We find out on the after-show documentary roundup that he was lip-syncing.

Exotic runs a petting zoo called the GW Zoo, in the small town of Wynnewood, Oklahoma. His activities at this zoo are enough to anger anyone who loves wildlife. 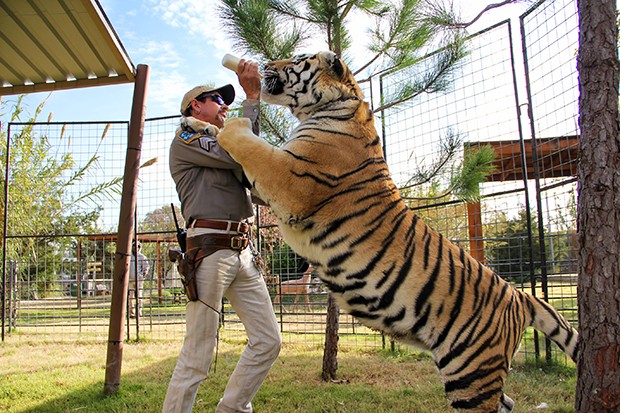 He has dreams of being a politician, governor of the state of Oklahoma and president. But it seems his biggest dream is to kill his arch-nemesis and fellow zookeeper “Sanctuary” Carole Baskin, owner of Big Cat Rescue.

Baskin herself has a dark cloud that constantly hangs over her. Everyone in the zookeeping industry thinks she killed her millionaire husband Don Lewis to inherit his money to run her sanctuary.

The case of his mysterious disappearance in 1997 still hasn’t been solved.

The series goes back and forth between Exotic and Baskin’s odd tug-of-war and her constant treatment of big cats in captivity.

Baskin constantly judges Exotic for big cat exploitation and public petting. He despises her and creates a reality show around his life where he spends a lot of time doing shooting demos on a mannequin version of her.

The series explores Exotic’s relationships and his emotional struggles. He marries two young boys, one of whom has missing teeth.

Both boys seem to willingly marry him, perhaps to get out of their difficult home lives. And both turn out to not be gay. 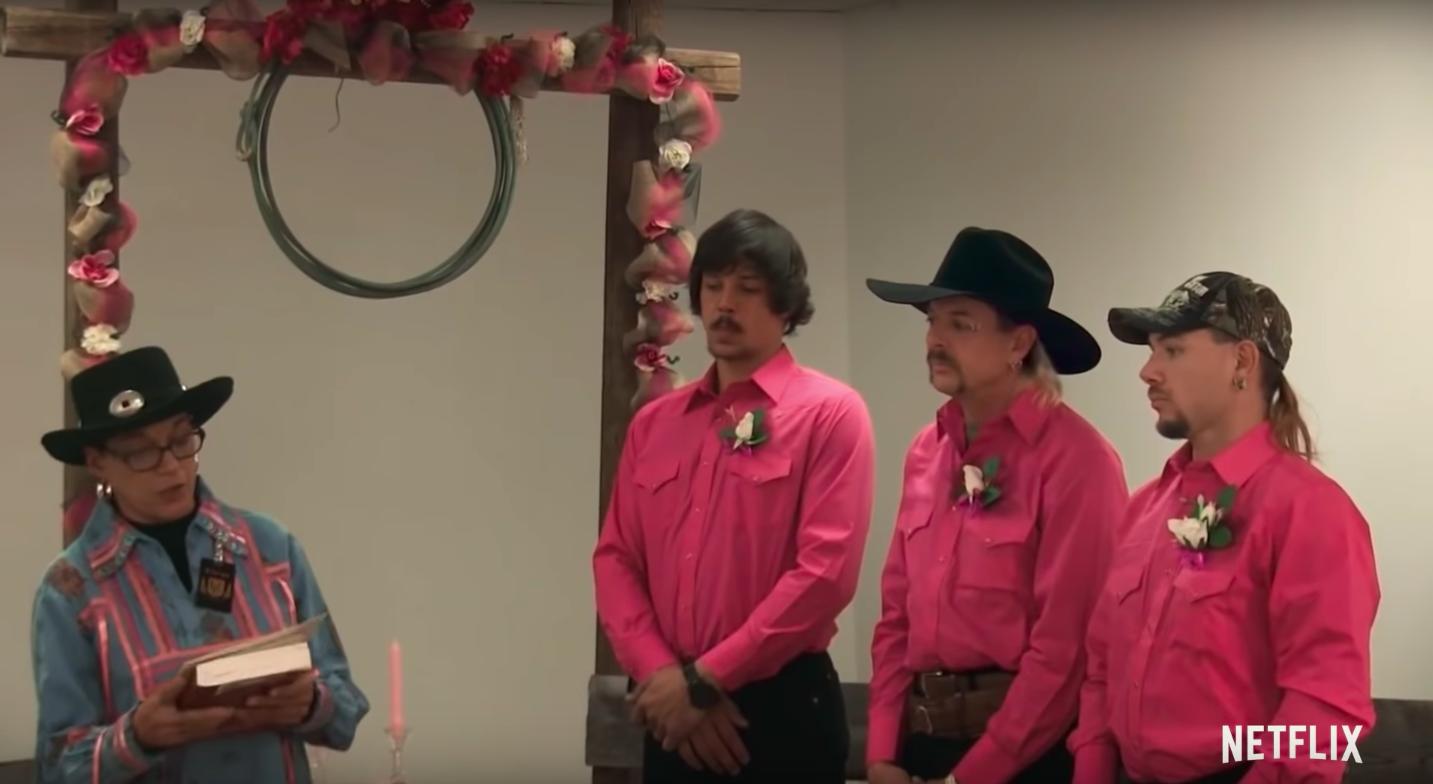 One accidentally shoots himself and dies, while the other goes on to make a woman at the zoo pregnant and marries her.

Exotic is at that point languishing in jail on a 22-year sentence for contravening the Endangered Species Act, Lacey Act and a case of federal murder for hire, allegedly for trying to put a hit on Baskin.