Pheko’s life and legacy remembered by friends and musicians alike

Many music artists, family, and friends shared their memories of Pheko and how much he meant to so many people. 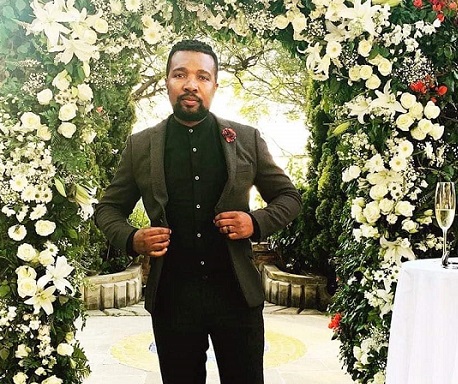 The life of Pheko Kgengoe, 35, has been celebrated by many in the entertainment industry as the public relations (PR) guru in music passed away from the coronavirus earlier this week.

A man who has been remembered as someone who made each and everyone around him feel special, taking the time to craft every artist so that they could reach their full potential.

Pheko’s sister Kagiso said the family is shattered: “We are absolutely shattered. He was a young man, surrounded by strong women, as he was the only boy. He left when we were not ready, I don’t think he was ready as well. His legacy will be his good deeds to others, I didn’t realise the impact he had. It was only when I saw the outpouring of love on social media.”

She says her brother was always humble enough to help those around him even during the Covid-19 outbreak, and that people should appreciate people around them when they are alive.

His close friend Lerato Sejeng said he would see Pheko every week since they became friends in 2008. At the time Pheko was working at Universal in the IT department, where he would later move to the music department.

“He was a brother to me, we would work together, we do radio promotions and other music events, we shared bread amongst each other. I was shocked when I found out about his passing. We were actually planning to start a management agency.”

Sejeng said the company was going to be a collective effort, and they were doing this for their families. 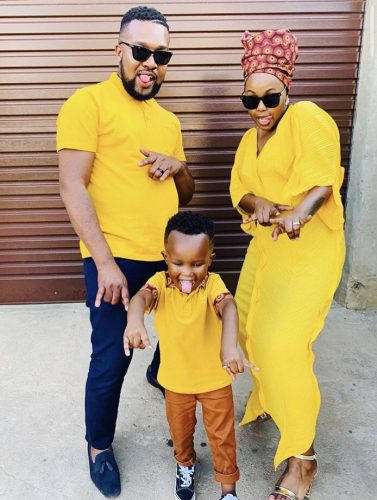 Pheko with his Tshepang Kgengoe’s and their son Khaya. Photo: Supplied

“We were both excited at the news, this being my first child, we were looking forward to sharing memories with our kids. I cried the whole day when I found out about his death, he was an amazing person.”

Munya Vomo, Sony Music label manager, said Pheko gave everything to everybody he knew: “I met Pheko 10 years ago, I have a background in journalism, I worked for independent newspapers and he was selling music at the time when he was working for Universal Music before he moved to Sony.

“What I loved about him is that he was sincere. He would be selling this music which I had to review at that time and I would ask him straight up if it was any good.”

He laughed that Pheko would tell him if a certain CD was good or not, but for him, it was just about selling the music but he also wanted to give him reviews for his job.

“I was surprised that someone was so giving. He would always give you his time, check on you, ask how are you doing? He even took the time to check up on me after I left journalism and when I moved to Sony, in which he helped me get that job.”

Vomo says the last time he talked to Pheko was in May and then it was always a good laugh. “I am still processing, I haven’t really processed it. I want him to be remembered as a person who lived for love, his love for the music industry, and for black excellence.”

“When I signed at Universal, he was doing PR, a very young and very energetic man. At the time he was assigned to me, the record label guys didn’t fully believe in my music, which I mostly sang in Zulu, but he believed in it so much.

“As if it was personal for him as if the album (All things Grey) was made by him, he really pushed it to number one in the country at that time.”

Kabomo remembered the time when he would go on tour with him and do publicity for his music.

“He would come with me even though he didn’t have to. It is so heartbreaking, he died so soon, this was a young man who was healthy. So the perception that this virus doesn’t take young people is not true, it is not safe. It is a loss, we shouldn’t be losing such people.”

Kwesta’s manager Nota Baloyi said: “Had the music industry done right by Pheko he’d be comfortably perched in a deserved top executive post and he wouldn’t have had to put his life at risk to feed his young son and provide for his growing family. Life is not fair.

“It’s hardest on the nicest people. Pheko was the nicest in the business. Cause of death? Played by the industry he served. We made Kwesta a household name together.”

He said once they figured out the dealings of the industry they thrived: “We figured out the system with our first attempt and by the time we finished DaKAR II, I had mastered the making of the music and he had mastered the selling of the music. DaKAR II sold more than any other album in the decade 2010-2019 and is a SA music all-time top 10 bestseller. There’ll never be a hit song that’ll shake the nation like Ngud’ did. Legendary!”

After leaving Sony, Pheko started his company 4TheLoveZA in 2018 – a creative industries consultancy that focuses on music PR and various record label services.

The first artist he signed was Terrence McKay, who said Pheko was not only a record label executive, but he was also a friend and a brother.

“I had the opportunity to know him for two and half years, learning from him the music industry because when I met him, all I knew was how to play my music, but he taught me so much about the business. He was always in my corner, I just spent my first 24 hours without him, its just been a lot. ”

McKay says the last conversation he had with Pheko was on 16 June when they had a video call conference on his collaboration with TurnUp Music. He wants Pheko  to be remembered for his motto in life, “for the love”.

Another musician, Garth Brown, said: “Pheko, was a consistent someone. Always smiling, willing to help others, and share his knowledge, give advice – very relatable. I think this is what made him so popular among people, he treated everyone with respect and grace. He’d provide a space where you could just be yourself with no guard, which is not common in this industry.

“And I believe that was part of the success of his business venture, Lush Lounge. Anyone who walked in those doors knew him and his warm nature.”

Pheko’s work in PR also helped the careers of the likes of Teboho Sehobai, who said his mentorship really helped him.

“He taught me so much, everything in PR, he is one of the reasons why I have a career and the client base, I will forever be grateful. May his soul rest in peace.”