They opened the case against a woman known by her Twitter handle @nampree, who alleged the DJs had drugged and raped her in 2011. The National Prosecuting Authority (NPA) has dropped the case of crimen injuria opened by Euphonik (Themba Mbongeni Nkosi) and DJ Fresh (Thato Sikwane) back in April.

The duo opened the case against a woman known by her Twitter handle @nampree, who alleged at the beginning of 2021 the DJs had drugged and raped her in 2011.

She opened a rape case earlier this year but it was subsequently dropped by the NPA due to “insufficient evidence”.

There has been a constant war of words between DJ Fresh, Euphonik and Nampree over the past couple of months and as a result, the DJs opened the crimen injuria case against her, after her case of rape against them was dropped

NPA spokesperson Lumka Mahanjana confirmed to The Citizen the decision not to institute prosecution, ” based on charges of criminal defamation.

“The NPA is of the view that there are no prospects of a successful criminal prosecution. The Attorney’s have been informed accordingly,” she said.

The legal organisation representing Nampree announced earlier on Tuesday, via Twitter, that the NPA had dismissed the DJs’ case.

“We welcome this decision and stand firmly against the use of such charges in silencing victims/survivors,” the tweet read.

Nampree said the NPA’s decision had allowed her to speak out again.

Women who have opened cases or are involved in legal matters against DJ Fresh were happy with the decision made by the NPA.

Lebyane is still on the hunt for answers as to why DJ Fresh named her in court documents of his court case against Mazwai.

Lebyane says she is tired of being silenced by the courts and DJ Fresh, and will continue her fight to speak out.

Fresh filed papers to have Mazwai remove tweets she reshared that called him a rapist. In the affidavit deposed by the DJ, he claimed that former partner Lebyane was the “original poster” of the tweet that insinuated that he was involved in alleged sexual misdeeds. The matter is still ongoing in court.

“I will not be victimised. I will never live in fear again. I was a child now l am grown. I know it’s bigger than me and l will stand cause l understand abuse of power has to be stopped period. The courts of this country cannot be used to silence us,” Lebyane wrote on Instagram. 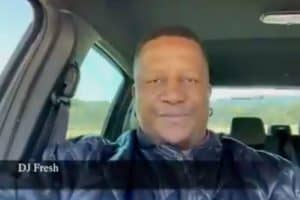 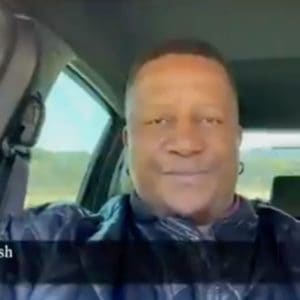