So much has been made of Birdman's unique plot, Alejandro Gonzales Iñarritu's extravagant style and the one-take wonder scenes – an audience approaches the film with caution. 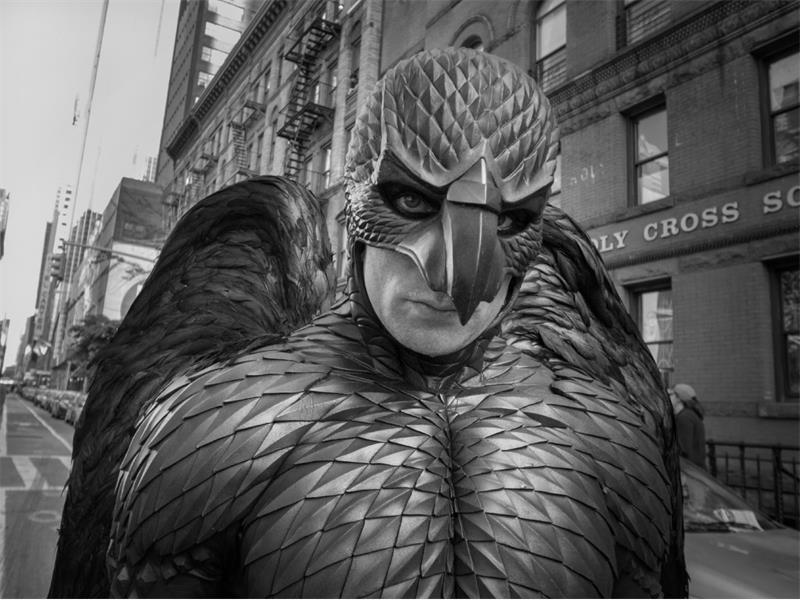 You know the cliché: it can never be as good as those critic quotes used in advertisements. “The best film of the year” leaves audiences with trepidation. Often overpraise is a film’s biggest enemy, as it can rarely reach those heights for all audiences, leaving cinemagoers with the feeling: “Now what was all that about?”

Once, after a superlative cinema experience, I travelled with a companion who was deadly quiet. I finally ventured: “Well, I must be stupid, but I don’t know what all the fuss was about. Stop using so many superlatives.”

You may choose your own reaction to Birdman, which has been praised much, much more than I already have – but as the five star-rating must indicate, this film is indeed my “best film of the year”.

But ultimately it is for the viewer to decide. My review is simply to stimulate your curiosity and perhaps persuade you to give Birdman a chance. Because even if you don’t agree with all the praise – “brilliant, mind-changing, outstanding, genius!” – the film may still impress you on one level: you will never have seen anything like it.

When cinema started, the camera was basically its biggest obstacle. It was an immovable, heavy dinosaur of a bulldozer object that recorded images through a proscenium arch. In other words, viewers were always aware they were watching a staged play captured on celluloid or images projected on to a screen that may have taken us to the action, but didn’t make us part of the action. Geniuses such as Alfred Hitchcock, John Ford, Stanley Kubrick and, later, Christopher Nolan, David Fincher and Quentin Tarantino changed all that – so in their hands the camera was part of the action or the protagonist.

But in Birdman the camera serves as one of the most brilliant and obsessed narrators since Kubrick’s A Clockwork Orange. It sweeps, rushes, dances, ducks and dives, moves, is lifted and even turned topsy-turvy to keep up, reflecting the inner turmoil of its main character. It reflects the theme vividly and actually manages to go inside the protagonist’s head without splashing into his brain.

Birdman tells the story of a washed-out action star (Keaton could win an Oscar for this performance), who used to play a character called Batman. Excuse me, Birdman. Do you see the resemblance between main star and character? Now he is trying to revitalise his career by staging a Broadway play with a wayward star (a superb Edward Norton), in which there is no editing, cutaways or jump cuts. And

this is what is captured in the film’s ground-breaking cinematography.

Iñárritu never seems to cut as the film rushes from one scene to the next at breakneck speed. Of course there are edits – he just hides them skilfully. But this style imitates a Broadway production, where once the play has started there can be no interruptions or edits to hide faults. The play is there, warts and all, and Birdman is a celebration of that.

But it is also about a man who wants to fly – literally and figuratively. Nothing can keep his mind grounded in reality and his ultimate trip would be to glide through Times Square’s buildings to keep up with his imagination and irreverent personality. And it is this element the film captures perfectly, culminating in the classic final scene, which has been the subject of much debate and speculation. But if you watched the film with your eyes wide open, you will understand it.

Birdman is awesome. There is no other way to describe it. It may change the way you look at cinema forever, as it breaks new ground the way Gravity, Avatar, Interstellar and 2001: A Space Odyssey have done. It transcends the borders of cinema, as it elevates its story to glide through the clouds and take your imagination with it.

See it if you are a serious student of cinema. If you simply want to experience “the best film of the year” you are also in for a wonderful ride. But keep one thing in mind, even if you don’t agree with all the heaps of praise: it breaks new ground.

'uThando Nes'thembu' reactions: 'MaKhumalo is such a great mother to Mpilo'
5 hours ago
5 hours ago

'uThando Nes'thembu' reactions: 'MaKhumalo is such a great mother to Mpilo'
5 hours ago
5 hours ago