Daily hacks: How to use social networks to get back to the hobbies your grandparents loved 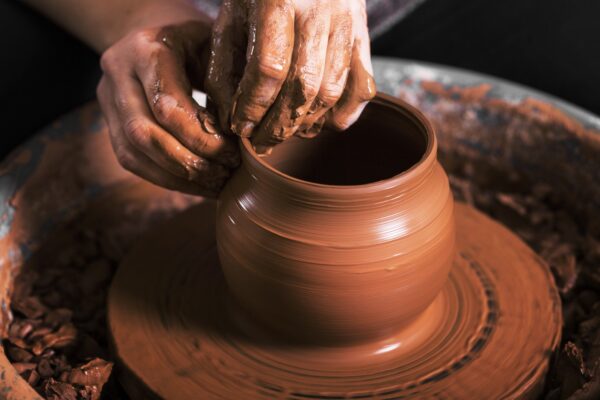 Taking up pottery as a hobby. Picture: iStock

Nothing stays cool forever. Some hobbies such as knitting, pottery or jigsaw puzzles have suffered from such trend cycles over the decades.

But social networks are changing things by providing a new lease on life to several of the hobbies mainly associated with our grandparents’ era. We take a closer look.

A few years ago, chances are you probably didn’t know any young people passionate about embroidery, pottery or stamp collecting. But Generation Z, those individuals born between 1997 and 2010, are bringing all that back and more.

Known to suffer from societal questions and climate-related anxiety, many of them are turning to activities once described as ‘dorky’ or old-fashioned for relaxation.

One major example is fishing. Once considered a favourite pastime for senior citizens, it is now attracting an increasing number of young enthusiasts.

One of them is Nathan Speltz. On social networks, particularly TikTok, the American shares his passion for this activity, which can be practiced in the sea or in fresh water, on a boat or a river bank.

Videos show him catching with disconcerting ease fish like ocean sunfish, black-bass and even a goliath grouper. His adventures, some of them ending with the release of his catches, are followed by more than 515,500 subscribers on TikTok.

And the young man is not the only one of his generation to post videos about fishing on the Chinese social network, known for being popular among Gen Z.

The hashtag #fishing has more than 53 billion views, and the more utilitarian #fishingtips has nearly 900 million. But what’s behind this comeback of the outdoor water sport?

A large factor is the desire to reconnect with nature, after months of restrictions and lockdown measures.

Fishing is also attractive to diverse profiles because it meets a growing need to refocus oneself in a calm and soothing environment.

Pottery has the same benefits, according to its fans. And these fans are increasingly numerous on social networks, as well as in Hollywood.

Brad Pitt, Leonardo DiCaprio and Laura Harrier have all taken up ceramics in recent months, according to the Guardian. Seth Rogen has even set up his own studio, as has French designer Isabel Marant.

Celebrities and non-celebs alike are reviving their love of clay for a variety of reasons: some try pottery for its therapeutic properties, while others see it as an opportunity to unleash their emotions and let their feelings flow.

ALSO READ: Daily hacks: How to grow your own garlic

Whatever their motivations, amateur ceramists love to share the bowls, plates, vases, and sculptures they’ve made from scratch on the web.

The result is that the hashtag #pottery is mentioned in 13.7 million posts on Instagram and has 6.4 billion views on TikTok. Plain, graphic, coloured, stoneware or earthenware… There’s something for every taste and occasion.

The pottery trend is emblematic of the DIY renaissance. DIY is particularly resonant with the younger generations, despite the fact that they’re connected to the internet for nearly half the day.

Digital fatigue caused by the pandemic has led members of Generation Z to turn to more tangible forms of expression, including crocheting, sewing and calligraphy.

The goal is to reconnect with reality, after months of isolation, circumscribed activities and loneliness. But, if you want to start doing a manual activity, you need a minimum of skills.

This is where social networks and the countless tutorials they host come into play. Explanatory videos make it easy for many budding creators to get started. Even if they have to deal with a lot of disappointments at first.

On TikTok, ceramist Florian Gadsby’s most popular posts don’t show him making beautiful vases… but rather destroying them. “I promise, I’m actually good at pottery, okay?” reads the caption of a video where he destroys, one by one, his creations.

Misfires particularly appreciated by internet users since the publication have been seen more than 92 million times on the social network. It has probably inspired many attempts too, along the way.