Big Game is a political thriller

At least the script writers have tried to inject some new fuel into another tired genre: the political thriller in which the President of the United States, this time played by Samuel L. Jackson, is kidnapped. 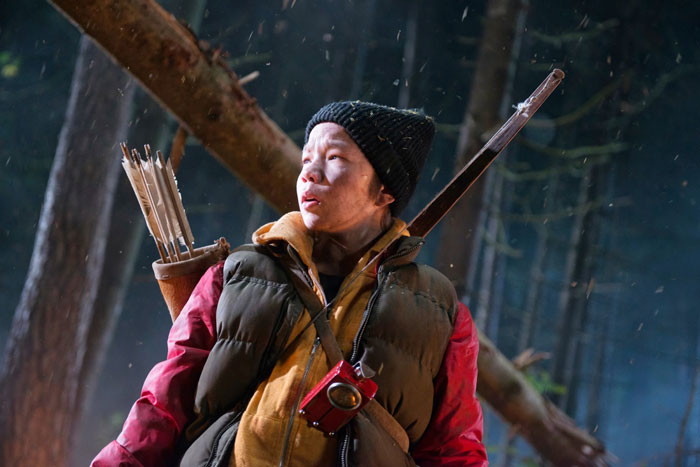 How this happens with all the security around him is already worth the price of an admission ticket. No wonder the film has been described by some overseas reviewers as “campy.” But sometimes campy, not in the Rocky Horror way, is enjoyable and this one manages to hold the attention, largely because of the Finnish locations and the presence of some fine Finnish actors who manage to act the Americans right under the table.

But first the plot. The American president is, of course, not killed during the brave kidnap attempt – a rather absurd plot device that had me giggling in my latté and wondering what they will come up with next. Later on he is teamed up with a brave Finnish boy, well-played by the talented Omni Tommilar, and it is the lively energy between them and the charm of this young man that manages to drive the film towards its predictable climax.

Of course the film does what many other similar films try to do: take the American president out of his protected comfort zone and showing him how real people live – not the politically correct puppets who surround him. And this is where the rough charm of his bush companion comes in that works like … well, a bomb.

Enough to say that this film will scarcely feature in next week’s top 10, unless there are more Jackson-admirers than purely Quentin Tarantino and his entourage. The film is slightly too long and needs serious trimming. It even manages to be slightly self-indulgent (from the Finnish point of view), but if you feel like destressing after a hard week and you’re not in the mood for Ted’s vulgarity of Los Angeles disappearing into a crevice, you might just manage to survive this one.

And the locations are great.