This weekend Renée Rossouw will prove the impossible... After months of hard work, she will be at two places at once. Rossouw graduated as an architect in 2013, and since then she’s become a darling of the design world, one of the reasons she was selected as this year’sfeatured designer at 100% Design South Africa – which takes place until August 10 at Decorex Johannesburg.

There is a lot of significance to the weekend Decorex is on at Gallagher Convention Centre, Rossouw also designed the arwork for this year’s Oppikoppi taking place in Limpopo. Quite a feat for such a young designer.

“Doing the artwork for this year’s Oppikoppi (music festival) really pushed me into exploring another side of creative work. I painted abstractly and explored a few cool processes to get to the final result. And I used my favourite four primary colours.” 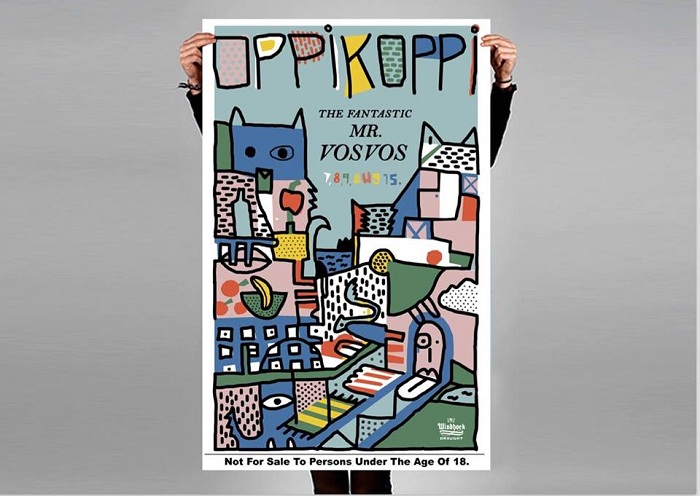 Her patterns managed to bring the festival theme The Fantastic Mr. Vos Vos to life. She creates her exciting patterns in her Patternlab.

“Essentially I want my Patternlab to be representative of the South African public at large but my products are mostly received as niche because, unfortunately, good production comes at a price. So my challenges are very typical to every South African designer: how to make money doing what you love for an audience that you hope would be bigger, because the manufacturing industry is so small.”

She’s making good contacts however, considering her woork being the cornerston of 100% Design South Africa at Decorex.

“It definitely came as a surprise to be chosen, but what a great opportunity. And (as a Cape Town-based designer), I’ve never really connected with Johannesburg, which is quite new and exciting for the Patternlab,” Rossouw says. Among the highlights of this year’s show is the exhibition, 100 Beautiful Things, which will artfully showcase the creations of 100 different designers working across a variety of platforms. Criteria for selection includes the products having to be made or designed in South Africa, and to be in production in 2015.

100 Beautiful Things is curated by 100% Design South Africa Programme Director Cathy O’Clery, who says the story behind the object is always highly influential when making her selection. Likewise, there are pieces that simply resonate because they “instantly touch the heart”.

The purpose of 100 Beautiful Things, O’Clery explains, is to share “the phenomenal array” of design in this country, which is accepted and appreciated at a global level.

“South Africa has found its niche in design and we wanted to showcase it.”

With the selected pieces arranged on one long shelf, visitors will be invited to engage with the exhibition as they would at a museum. The pieces will be numbered, with details of the work and designer reflected on an accompanying catalogue.

“We want to encourage people to think about the objects and why they are considered beautiful,” O’Clery adds.