Irrespective of how many times I witness Michael Abrahamson perform his mind-boggling mentalism, I am dumbfounded. 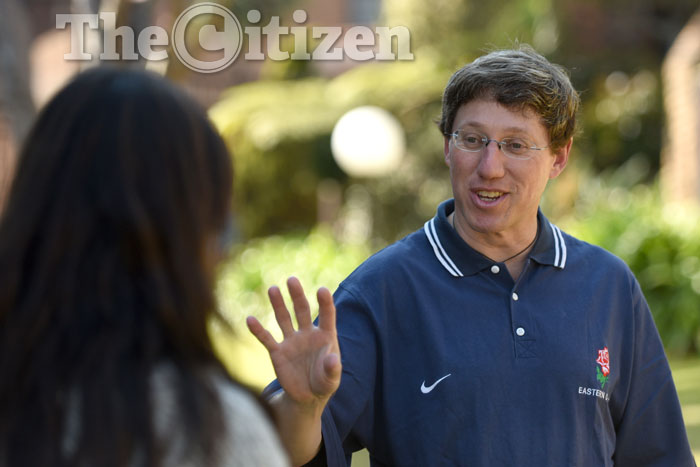 Mentalist Michael Abrahamson during an interview with The Citizen in Johannesburg, 13 August 2015. Picture: Refilwe Modise

Just for once I want to catch him out and know he is, in fact, human – but his many years of experience, practise and hard work pay off every time. In preparation for his new stage show, One Man One Island, Abrahamson agrees to show me a mind-reading demonstration using a deck of cards. He fans out a spread and I voluntarily select four cards. All I have to do to assist him in this experiment is look at the cards.

According to the mastermind, my eye movements and facial expressions are a dead giveaway. If you’re familiar with the show Lie to Me then you’ll know what I’m referring too. But Abrahamson is not trying to detect whether I’m lying or not. In fact, I don’t even utter a word. In a matter of minutes, he has deciphered the exact four cards I am holding.

Were he a magician, I’d be convinced there was some bogus trick to it – sleight of hand, maybe an identification pattern on the back of each card. Such an assumption, however, would be an insult, for Abrahamson does not delight in magic, but mentalism.

Mentalism, according to the definition on his website, “makes use of the power of the mind with purely scientific methods to achieve the feats demonstrated”. One Man One Island is Abrahamson’s first stage appearance since the 2013 sold out Visage – Revealing the Secrets of the Mind. Though teaming up once again with veteran director and producer Richard H Nosworthy, the new show differs somewhat to the last.

He explains: “The main thing is there is an a capella group who are interacting with me. It’s more jazzed up, more theatrically based. The mentalism effects are all themed. The last show I did – Visage – involved isolated items linked together. This time there is a theme running through the show, all to do with an island. And the audience is going to make all the decisions.”

The new show also focuses more predominantly on reading people and suggestions, as opposed to the standard mathematics and memory.

“I think I’ve outdone the mathematics,” he says. “People are tired of it and want something new.” Though slightly nervous, Abrahamson asserts he’s done more difficult things before and despite my aforementioned claim, he admits things are never fail-proof. Mentalist Michael Abrahamson during an interview with The Citizen in Johannesburg, 13 August 2015. Picture: Refilwe Modise

“There are lots of things I am worried about in this show. I don’t know how they are going to play out because a lot of t.hem I haven’t performed before. But it keeps me on my toes.” There will be no stooges in the show and participants will be chosen by means of throwing a beach ball (hence the island theme) into the audience at random.

Putting his best foot forward, Abrahamson will put his unique abilities to the test – and there’s no doubt he will once again impress.