As usual, Our Perfect Wedding was trending on Twitter last night.

Last night we met Millicent, a mother of three, and Lucas. The couple met at a wedding they were both invited to in 2013. Millicent however was not interested in a relationship at the time, as she had just gotten out of a failed marriage.

Men are persistent when it comes to pursuing their potential wives. Lucas was no exception, and he won in the end. As a result, he told Millicent he wanted to send family representatives to her home for lobola.

What changed Millicent’s perception, however, was Lucas’ proposal. She said she was amazed to be proposed to by a man on his knees. How have all these other grooms been doing it? I thought it was normal, but then, who defines what normal is?

We’ve seen a 2l bottle of coke, yogueta and KFC win over the wives, and this time it was a proposal ring made of a Cadbury sweet wrapper. If you’ve been buying the actual chocolate, flowers and all these expensive gifts, you’ve been doing it wrong. Learn from these grooms.

Millicent’s wedding gown was okay; it suited her body well. She at least did not overdo the bling, and in fact, she seemed like she avoided the whole bling route, which worked out perfectly well for her. 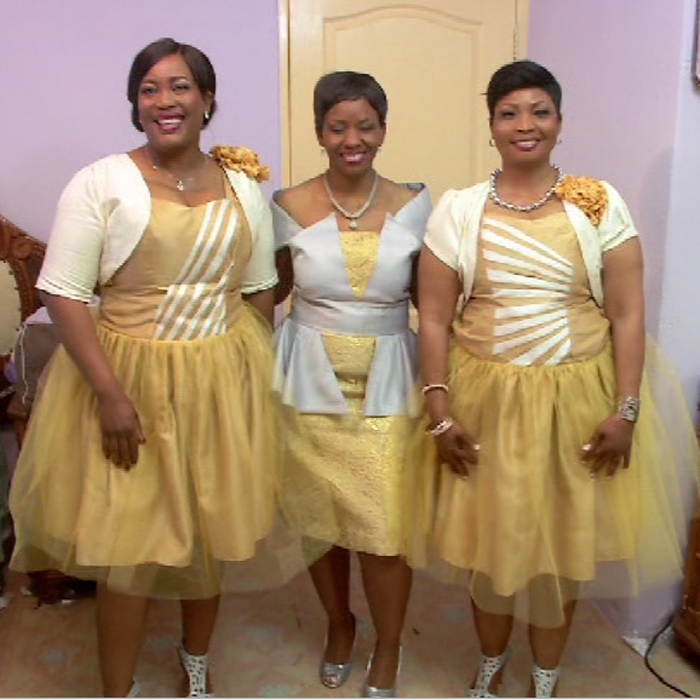 Lucas looked okay, and he seemed comfortable in his suit.

The wedding cake? Beautiful. It was well-decorated, and the colour scheme was used nicely on the cake. Kudos to the baker. 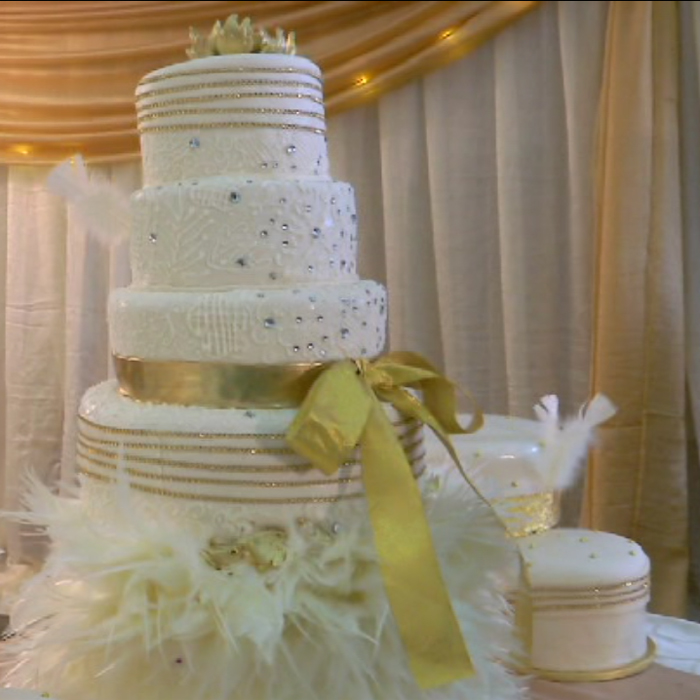 It’s usually the best friends and the younger sisters who like to oppose everything the bride wants on her wedding day, but this time it was the mother.  She changed the dress, decor and the cake but kept the decor a secret. See? some mothers will not stop, even after you’ve had three children and been married before.

This episode showed us experience does not count when it comes to marriage. The couple had emotional moments; it doesn’t stop because you’ve walked down the aisle before. But in the end, love won.

I also learned that if you want to get a tattoo, make sure the artist knows what they’re doing. Perhaps I need extra lenses, but Millicent said her tattoos were a butterfly and a rose. I did not see that. At least they’re on her back, so she doesn’t have to see them all the time.

The shock of the wedding was the story behind the car the couple used – it is the one Lucky Dube died in. I mean, perhaps they’re such big fans of the artist that knowing he died in it did not discourage them.

I thought this was a perfect wedding. What did you think?

why would you wanna use the car that Lucky Dube died in on your wedding day? or for anything at all? ???? #opw #ourperfectwedding

Yoh this wedding is dramatic. ..full of moments!!! #ourperfectwedding

The bride's mom gets to choose the dress, decor AND the cake? And she get to oppose everything the bride wants? ???????? #OPW #OurPerfectWedding