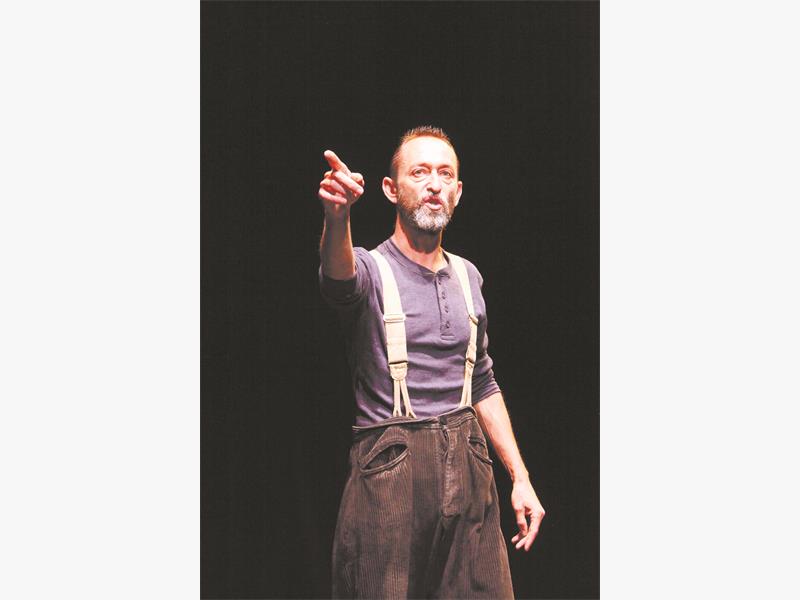 This thematic thread runs through Sylvaine Strike’s new production, Agreed (a re-branding of Rats!, which involved the same creative team) which is superbly performed by Lionel Newton and well supported by Kutlwano Masote on the cello.

Newton is especially astute in portraying three different characters in a gripping trio of monologues. Newton has a veritable arsenal of acting chops in his repertoire. Naturally, one-handers demand a lot from an actor, and the onus is on the performer to keep the audience engaged and intrigued when navigating through different characters. Newton is invested through all three of his roles, calling on his physical, emotional, facial and even spiritual faculties to execute the task.

The first monologue is The Pied Piper Of Hamelin by Robert Browning which opens the show which is a revisit of this work. The second monologue is titled the Hand-Over, written by Nick Warren. Warren’s text here is biting when taking a look at the new South Africa and what the new democratic dispensation has unleashed economically. A drunken, old-money character is the tool utilised to illustrate this scenario and there’s an overwhelming cynicism in his outlook.

Lastly the third part of the show is called Jasmine’s Jewel, and it is penned by Newton himself. He plays an older waiter who waits on nothing and no one in a restaurant once lauded as the “only place to eat”. The audience reacted most to this part of the show as Newton did not exaggerate the so-called Cape Coloured accent of the character, but made it life-like. He also took a rather successful stab at gumboot dancing, delivering his moves with the requisite swagger and rhythm.

Whispers after the standing ovation already suggested that an award was in order for Newton in this magnificent performance. Strike’s direction ensured that the story linked seamlessly.