Generations star Maggie back in court

Generations star Maggie Benedict's future now lays in the State's hands as they consider the legal representations made by her defence. 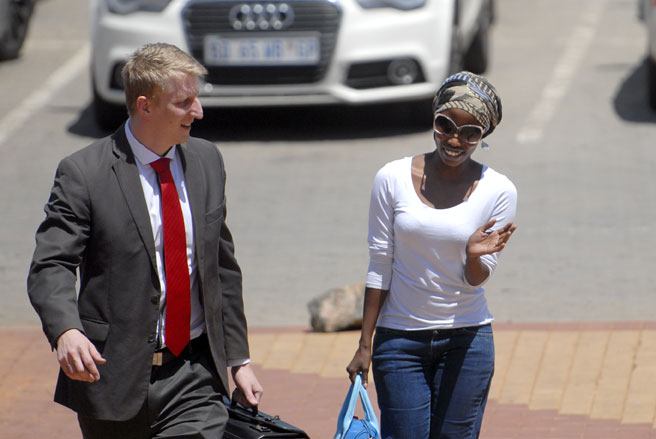 Benedict was arrested in December for allegedly stealing a packed of headache tablets worth R 17. 45 from Checkers in Cresta Mall, Johannesburg.

Benedict’s attorney Jonathan Kaiser submitted legal representations of the defence’s version  of events, also requesting that the matter be struck off the role. The representations were submitted in writing on 24 February.

“We have have told our side of the story, it is in the State’s hands now,” said Kaiser.

The State has not had time to consider the request and as a result the case has been postponed until 13 March.

The actress who plays the role of Akhona in the popular soapie was in a relaxed mood, wearing an orange top and jeans.

Benedict declined to comment on the case. But Kaiser said that there may be more statements released via Benedict’s Facebook page.

The actress released a statement earlier this week categorically denying that she committed the alleged crime. She suggested that the case was being pursued not on a matter of evidence, but because she is an a celebrity.