Beyonce: We hope we made you proud, South Africa

Queen B has just proven to the world that she hasn't forgotten about her time in Mzansi. 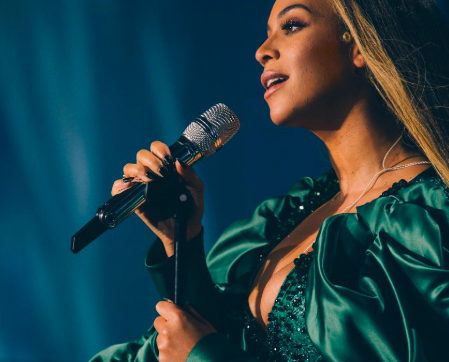 Beyonce made her South African fans’ day on Tuesday when she finally posted about her time in Mzansi for the Global Citizen Festival. A few days after the concert, her fans took to social media to air their disappointment after they saw nothing about South Africa being posted on her Instagram page.

Beyonce rubbed salt in their wounds when she posted about her performance at a wedding in India. Her fans questioned how she had time to post about a wedding and not her time in Mzansi.

But now she has, and her fans are happy – well not everyone of course.

She said: “I felt so much positivity and pride in the audience at Global Citizen: Mandela 100. Madiba, Johannesburg, and all of my African sisters and brothers, we hope we made you as proud as you all make us. South Africa was an extraordinary trip for me and my family. God bless.”

While some say she has finally acknowledged them, some say she only posted because someone told her South Africans were complaining.

dynamitee_2007 wrote: “Would have been nice if the pics were uploaded as soon as your other shows are uploaded. Anyway I suppose as we are poor and tickets were not paid for you were not overly interested. The Indian wedding paid you hence the spread upload. Poor South Africans, Americans have never liked us. It’s best we stick to our own very talented artists who appreciate our support whole heartedly. I feel Beyoncé uploaded the pics after realising how hurt we are for loving someone who doesn’t seem to care.”

While llunasole said: “As much as I love her I wouldn’t usually comment on her stuff but I feel like this video should shut down all the people that were throwing salt because she hadn’t yet posted a anything from this because this video is DOPE! And so much better than a couple photos…And this is the show that so many people felt enraged abt because they weren’t allowing the entire thing aired on television right?”

Beyonce scored extra points for editing her performance videos and including DJ Maphorisa and Moonchild’s hit song iWalk ye Phara in the background.

After settling in at home from a beautiful trip to South Africa and India, I am still in awe that 7.1 BILLION dollars was raised to aid Global Citizen in its efforts to eradicate extreme poverty. I’d like to give my praise and respect to all the speakers, performers, and volunteers who donated their time to contribute to making positive change. Every person in the audience at FNB Stadium earned a seat because they generously donated their time to help their community. Now their efforts and the money raised will help improve education, healthcare, sanitation, women’s rights, and countless other causes for millions across the globe. I felt so much positivity and pride in the audience at Global Citizen: Mandela 100. Madiba, Johannesburg, and all of my African sisters and brothers, we hope we made you as proud as you all make us. South Africa was an extraordinary trip for me and my family. God bless. If you would like to become a Global Citizen you can get more info at globalcitizen.org