Simba Mhere: on a different mission

Simbarashe "Simba" Mhere is not your average 26-year-old. 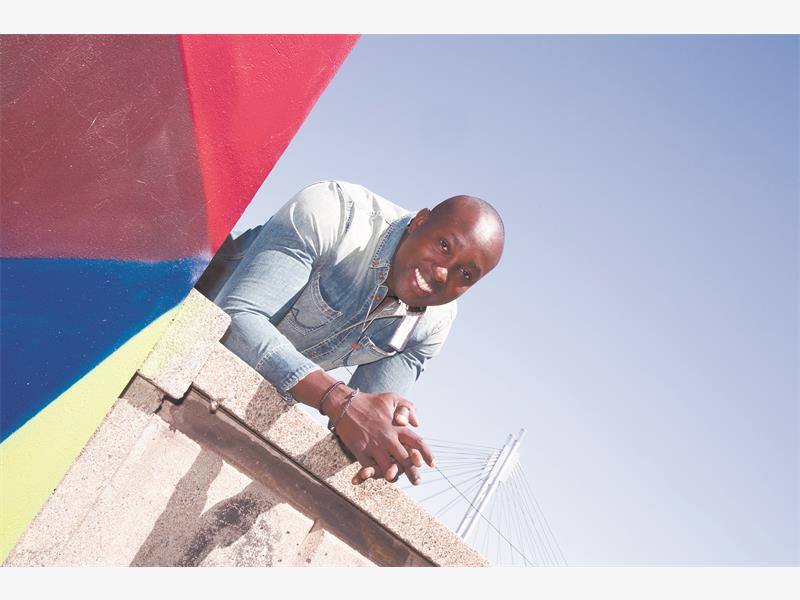 His presence commands respectful attention and his smile puts everyone around him at ease. It’s difficult to believe he has only been in the entertainment industry for just over three years. Since he won the Top Billing presenter search in 2010, Mhere has worked hard to establish himself as a voice-over artist and a master of ceremonies for some of the country’s most prestigious events, one of which was the Mrs SA pageant in 2013. This year, Mhere returns to the contest, but as one of the judges.

“After presenting the show last year, I knew I wanted to be involved with it again. Mrs South Africa is not the same as Miss South Africa because we are looking for a completely different woman. She has to be married, sophisticated, ambitious and, most importantly, compassionate.”

According to the Mrs SA website, the winner of the pageant will be: “A woman who is an all-rounder who embraces womanhood and marriage. They acknowledge success is not measured by perfection. They are real, bona fide women who love to laugh, have fun and strive to make the world around them a better place.”

Asked if he has such a woman in his life, Mhere says: “It may sound cheesy, but my mother is all of that and a lot more. She is the kind of woman who will literally take the clothes off her back for someone else.”

He lights up when he talks about his family’s humble beginnings in Zimbabwe.

“My parents are missionaries, so I didn’t grow up privileged, but they gave my siblings and I the best life they could.

“We moved to Johannesburg when I was a toddler. When we got here, my father would often leave to go on crusades, so my mother was the closest parent to me. She got a job as a secretary, with very little knowledge of how to use a computer. But she was determined to keep the job – so she taught herself to use it. Today she is a graphic designer.”

CHANGING CAREERS. Mhere abandoned his dream of becoming an accountant when he won a presenter search. Picture: Gallo Images.

Hoping to take care of his parents one day, Mhere decided to qualify with a BCom in accounting at the University of Johannesburg.

“But I took a chance with television presenting and I loved it – I knew that it was what I wanted to do with my life. So I left the accounting dream,” he says with a laugh. “And my parents still supported me.”

Speaking about the relevance of beauty pageants, Mhere says: “Mrs SA is not about putting women in bikinis and parading them on a ramp. There is a large part of the judging process that is not shown to the public. And at the end of the day, the choice to participate is up to the woman. Many contestants I’ve met have actually said they felt celebrated by being in the competition – and that is what it’s really all about.”

LISTEN: Leaked audio of Unathi and Sizwe's altercation reveals all
2 hours ago
2 hours ago

'I've been silenced': Unathi speaks out on Sizwe Dhlomo row after Kaya axe
21 hours ago
21 hours ago

WATCH: Oprah's has a South African Thanksgiving with Nomzamo Mbatha
22 hours ago
22 hours ago

LISTEN: Leaked audio of Unathi and Sizwe's altercation reveals all
2 hours ago
2 hours ago

'I've been silenced': Unathi speaks out on Sizwe Dhlomo row after Kaya axe
21 hours ago
21 hours ago

WATCH: Oprah's has a South African Thanksgiving with Nomzamo Mbatha
22 hours ago
22 hours ago