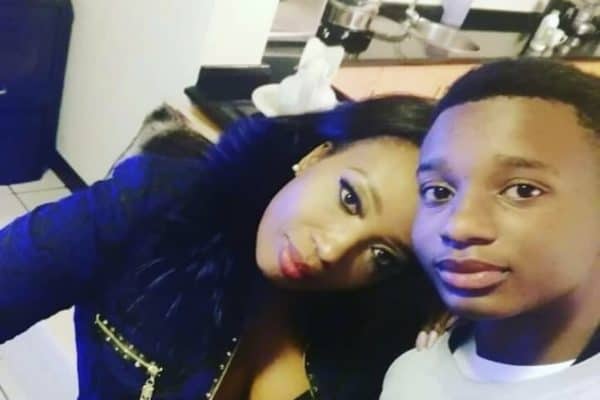 Known for her popular role as Queen Moroka on Generations, Sophie Lichaba has made headlines over the weekend after her son released a diss track insulting her estranged husband, Max Lichaba.

Max and Sophie got married in a traditional wedding in 2018, and news broke out that they had separated last year and were heading for a divorce.

In the diss track, Lwandle Ndaba, son of Sophie and actor Themba Ndaba alleges that Lichaba assaulted his mother after he cheated on her with his own best friend.

Ndaba’s diss track has got social media talking with some claiming it has “saved SA hip hop”.

The youngest son of Sophie and Themba has branched into media just like his parents, with his focus being on music.

He is pursuing a career in radio and television presenting, and has also branched into content creation.

He also says that his best friend is young enough to be Lichaba’s daughter, and then proceeds to compare him with the artist R Kelly.

“You left your wife bruised up on your body. I won’t forget the day you hit her cause you cheated. You cheated with my best friend. She is young enough to be your daughter, R Kelly wanna be,” said the lyrics of the diss track.

In the song, Lwandle expressed how happy he is that his mother eventually left Max, and that he is grateful to God that Max is not his biological father.

“I thank God that you are not my father, I feel for your children. My mama, I am glad she chose to leave,” he says in his song.

Lwandle moves on to address his mother’s mental health, and blames Max for steering Sophie into depression and financial instability.

“I always thought that you’re the one to protect us, instead you always pull up with the stresses. You the reason my mama fell into depression. You used her fame and money. You got it all and you left us with nothing,” said Lwandle.

Max has denied the allegations in the song, according to reports by Sunday World. He told the publication that he would not comment on the song and denied the claims of abuse and violence made in the song by Lwandle.