Where are they now? Five SA beauty queens of yesteryear

These historical beauty queens have made an impact on pageants and have inspired women across the globe to embrace their uniqueness. 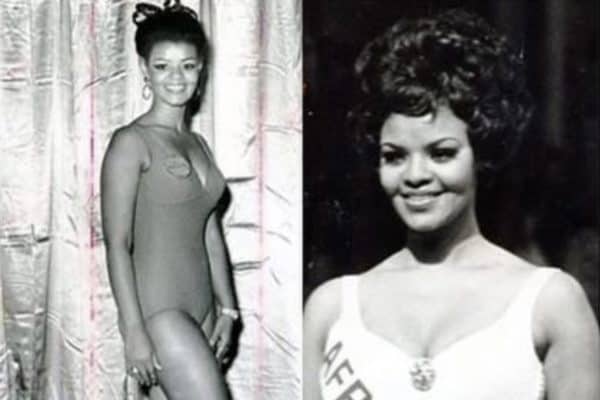 Founded in 1943, the Miss South Africa beauty pageant has been paving the way for many models and beauty queens to reach new heights in their pageantry and acting careers.

After winning beauty pageant titles and representing South Africa at international competitions, these historical beauty queens went on to establish themselves as inspiring public figures.

Here are five historical beauty queens who brought change to the pageantry scene:

The 65-year-old’s pageant career opened many doors for her in the modelling and acting spaces. Shange was cast in South Africa’s first black feature film, Udeliwe, alongside the late Joe Mafela.

The model then went on to star in the five-part mini series Shaka Zulu in 1986, where she took on the role of Mkabi.

Amid her modelling and acting career, Cynthia became very family oriented and had four children, namely Banele Thema, Sihle Thema, Archie Thema, as well as Nonhle Thema, who has become an international brand.

Born in 1972 in Soweto, Johannesburg, Jacqui entered the Miss South Africa beauty pageant in 1993 where she was crowned the winner, making her the first black woman to win the pageant.

During her year-long reign, Jacqui received a lot of criticism from English and Afrikaans citizens because her winning a beauty pageant title was an indication that black people were capable of achieving great things.

After winning the title, she moved to the US where she married an American man. Mofokeng prides herself in keeping her personal life private, and although we may not know who her husband actually is, we do know they live together in the state of New Jersey with their two children.

The 55-year-old mother of two was crowned Miss South Africa in 1974 at the age of 19. Anneline was then sent to the Miss World beauty pageant where she was crowned the winner, making her the second woman from South Africa to win the pageant.

A few years after the beauty pageant, Kriel married hotel magnate Sol Kerzner, but their marriage came to an end five years later.

The model then went on to pursue a career in acting, and featured in movies such as Kill and Kill Again, Someone Like You, Skating on Thin Uys and Skoppensboer.

Anneline then married Phillip Tucker, and the two welcomed their daughters, Whitney Tucker and Tayla Tucker. Their marriage did not last long as they separated in 1994, five years after getting married.

In 1996, the model married Peter Bacon. The two are still married, and have relocated to Mauritius where they live with Anneline’s two daughters.

Born on 21 August 1959, Margaret entered the Miss South African beauty pageant in 1978 when she was 18 and won the title.

She then represented South Africa at the Miss Universe beauty pageant and won, making her the first woman from South Africa to claim the title.

After winning Miss Universe 1978, Gardiner got married to her partner Andre Nel, and later pursued a career in journalism overseas, becoming the fashion editor of goldenglobes.com.

Zozi began her pageant career in 2017 when she threw her hat in the ring for Miss South Africa and was chosen as one of the top 26 semifinalists.

She then returned to compete in the 2019 instalment of the pageant and was crowned the winner.

Tunzi went on to represent South Africa at the Miss Universe 2019 beauty pageant, and she claimed the title, making her the first black woman to win the title since Leila Lopes was crowned in 2011.

Zozi is also the first woman to win the crown and become a Miss Universe titleholder with afro-textured hair.