Remembering the life and times of HHP

HHP is responsible for a lot of South African hip hop anthems including 'Harambe', 'Bosso Ke Mang,' 'Music and Lights', 'Tswaka', and 'Jabba' 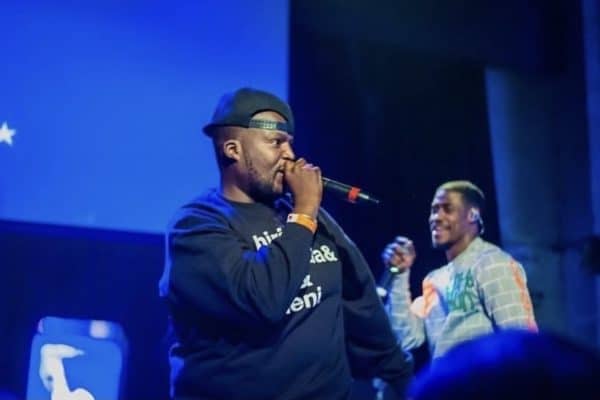 The rapper passed away on 24 October 2018 after being found deceased in his home in Randpark Ridge, Johannesburg, from what seemed to have been suicide.

Jabulani was born on 14 September 1980 in Mafikeng, North West, and would have been 41 years old today.

Fans of the musician took to social media yesterday to wish him a happy birthday and to remember his life as a pioneer and rapper who shifted the culture of South African hip hop.

Jabba was behind many of South Africa’s popular hip hop tracks released in the early 2000s.

The rapper was known for his ability to rap and perform in several languages, and for his movement of bringing South African hip hop and Motswako rap to the mainstream.

The Motswako musician had also collaborated with many other legendary musicians such as Shuga Smax, Proverb, Kuli Chana, Tuks and Uhuru to create and release songs that are celebrated at social events to this day.

Five years ago, Sowetan reported that he had admitted to trying to die by suicide three times in 2015, and his mental health had deteriorated so badly that he visited a suicide website to get information on how to successfully end his life.

ALSO READ: ProKid’s family speaks out on claims ‘side-chick’ was barred from funeral

Tsambo was married to television personality Lerato Sengadi for two years before he passed on.

In 2020, Lerato won a two-year legal battle against Jabulani’s father, who had appealed against the 2018 South Gauteng Hugh Court that ruled Lerato and Jabulani were married by customary law.

Speaking to TshisaLive, she said her victory would be used to keep her late husband’s legacy alive.

“Motho has always been an innovator, a blueprint, a ground-breaker and a leader in the South African entertainment industry. Having worked together for a decade, I am well-quipped to carry that torch for him,” said Sengadi.

She further explained: “Already I have been blessed to successfully make history by him being the youngest solo recipient of the Sama Lifetime Achievement Award, also making this award the first for SA hip hop.

That’s just the beginning. I will keep this legacy alive for Leano too.”