“I’m glad we’re here talking about this today, the BBLs, because I was considering getting one,” Jada told her Red Table Talk co-hosts. 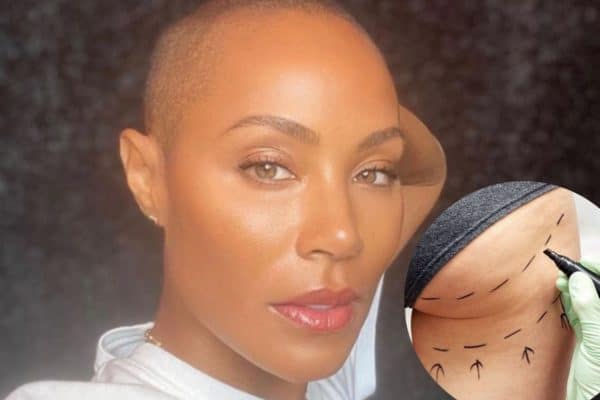 On an upcoming epsiode of Red Table Talk, Jada Pinkett Smith and her daughter Willow Smith will delve into what made them want to get BBL surgery | Picture: Instagram

By now, it is no secret that there are no secrets on the Facebook Watch show Red Table Talk and in keeping with their no-holds-barred style of opening up, the Pinkett-Smith family are tackling cosmetic surgery on an upcoming episode, with a specific focus on BBL surgery.

What is BBL surgery?

A BBL refers to a Brazilian butt lift and the procedure has become increasingly popular in recent years as beauty (and body) standards change and certain body parts are now idolised.

According to Healthline, the procedure involves the transfer of fat to help create more fullness in your backside.

On the upcoming episode of Red Table Talk, Jada and Willow reveal they’ve both considered getting the surgery.

“I’m glad we’re here talking about this today, the BBLs, because I was considering getting one,” Jada, 50, told her co-hosts, daughter Willow, 20, and mom Adrienne Banfield-Norris, 67, in a clip shared to promote the episode.

“Me too! I considered getting the tiniest little bit,” added Willow.

After a serious talk with her mother, Page Six reports that Willow decided to follow her mom’s exercise advice instead of pumping her own fat back into her buttocks with a BBL.

“I just got into the gym and got it anyway,” she said.

“I told her. I said, ‘You want a butt? One thing your mother know how to do is build a butt,’” added Jada.

ALSO READ: Thinking about getting a bigger butt? Here’s a surgeon’s advice

According to the publication, Willow’s results from the workout were so great that it sparked rumours that she had gotten a BBL.

The trio went on to speak about beauty standards with Jada’s mom leading the charge.

“You know it’s all about youth, so for somebody like me, the struggle has been extremely real. Like I’ve had botox, then you get to the point where how much you’re gonna do, but then it almost becomes addictive,” explained Banfield-Norris.

This is not the first time Pinkett-Smith has been open about her cosmetic procedures on the talk show. In 2018, she told viewers that she underwent vaginal rejuvenation due to her bladder issues.