Blogger Musa Khawula has refused to back down following a letter from MacG's lawyers after the former called the latter 'transphobic'. 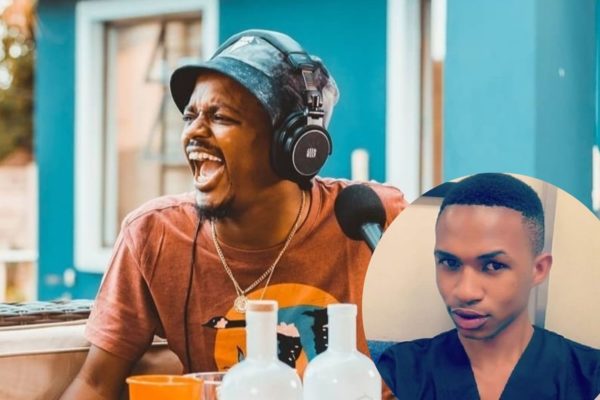 Entertainment and pop culture micro-blogger Musa Khawula has drawn a line in the sand after receiving a letter of demand from Podcast and Chill host Macgyver ‘MacG’ Mukwevho.

Khawula shared the letter sent to him by the broadcaster’s legal team on Twitter, along with the following caption:

“So I’ve been instructed by MacG’s lawyers to apologise to him for calling him a transphobe. Is it crack? Firstly, you ain’t getting no apology from me and if [your] memory is short see next tweet to get a good reminder of yall’s transphobic statement. Kindly, f** off.”

According to the letter sent by Tania Mokwana Inc Attorneys, Khawula sent a tweet in early October which referred to MacG as transphobic and he considers Khawula’s statement “false and malicious.”

The letter further claimed that Khawula’s statement has “caused substantial damage” to both MacG’s personal and business reputation.

The legal team further alleged that Khawula’s tweet attracted retweets, comments and likes from people who view MacG as a transphobe as a result of Khawula’s tweet.

Khawula retaliated by reposting an old clip from MacG’s YouTube channel showing MacG and his co-host Sol Phenduka making crude jokes about transgender women. The comments caused quite the scandal the first time the episode was posted on YouTube.

The initial scandal surrounding the comments left many labelling the show’s hosts transphobic, and resulted in sponsors cutting ties with the broadcaster’s platform and saw also MacG and his co-hosts having to undergo LGBTIQ+ sensitivity training.

Despite this, the broadcaster, speaking through his lawyers, demanded that Khawula publish a full retraction and correction of his statement along with a public apology in addition to deleting his tweet by 6pm on Tuesday (19 October). Something that he has, thus far, refused to do.

READ NEXT: Another one for the cancel culture – Studio88 drops MacG