Chrissy Teigen went all out when she recently hosted some Hollywood A-listers for a night of ‘deadly children’s games’ at her home. 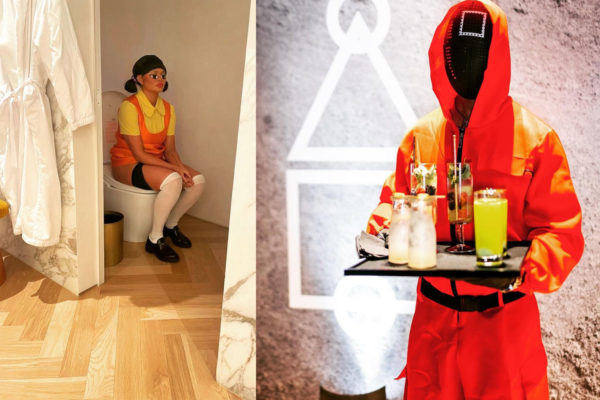 Celebrities across the globe seem to be obsessed with Squid Game, a series that revolves around hundreds of cash-strapped contestants competing in children’s games for a huge jackpot with deadly odds.

The South Korean drama debuted on Netflix earlier this year, and became an instant hit in various countries around the world, drawing over 130 million fans.

Earlier this month the creator of the hit-show, Hwang Dong-Hyuk, hinted that a second season of Squid Game could be in the pipeline.

ALSO READ: Is ‘Squid Game’ season two on the way?

The series was a trending talking point on social media when it first aired, and it seems that the obsession is far from over, as the show is now not only influencing fashion trends, but also party themes.

Teigen shared various pictures, including one of her sitting on the toilet dressed as the creepy doll from the second episode Red Light, Green Light on Instagram exclaiming what an epic night it was.

“Where do I even begin! What an absolutely epic night. My dream came true of watching my friends fight to the death! Dunk tank, musical chairs, hide and seek followed by a very riveting final game of pin the tail on the donkey. @wifeoftheparty you truly are the best and have THE BEST team ever. Thank you thank you thank you! More pics to come!” Teigen captioned her post.

The general tone in the comments section from fans was that “she completely missed the point of the show”.

“This is so beyond tone deaf as a millionaire to invite your rich friends over and re-enact Squid Games which is rooted in the violence of capitalism,” one user commented, while another said that he thought it was really sweet of Teigen to raise money for charity until he saw the giant check saying the prize was a flight to Napa.

The feedback wasn’t all negative, with many other fans commenting how much they love the idea and décor, with some saying that Squid Game is their Thanksgiving theme this year.

“This is amazing and also the most nonsense rich person shit I’ve ever seen,” one fan commented.

“Any night that could end in possibly winning a dinner to the French Laundry sounds like an excellent time guaranteed,” another fan commented.

Here are some photo’s from Teigen’s Squid Game-themed party: 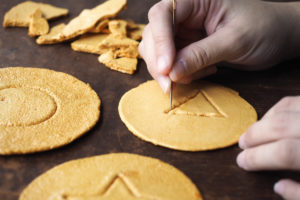 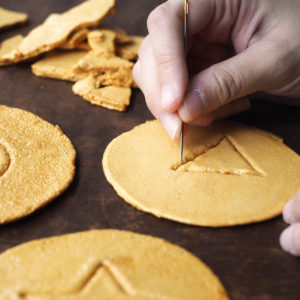 Squid Game: How to make honeycomb cookie dalgona
1 month ago
1 month ago

Squid Game: How to make honeycomb cookie dalgona
1 month ago
1 month ago