According to reports Novak Djokovic's requests for his personal chef and a tennis court have been rejected by Australian officials. 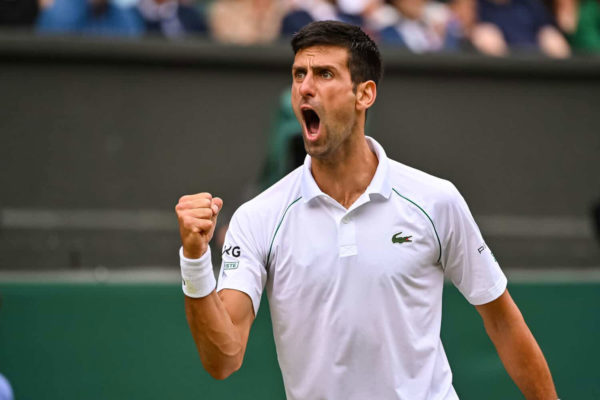 A migrant rights activist, though, bemoaned the lack of attention afforded to refugees compared to the intense media focus on Djokovic.

“I’m kind of disgusted, to be honest, that it’s taken Djokovic being here to get any attention on the plight of the refugees,” said Asher Preston, 34.

“Compared to what Djokovic is facing for a couple of days or whatever, what the refugees in here are going through for years on end is, you know, utterly atrocious,” he added.

“It sort of disgusts me that that the media has largely ignored it, to be honest,” Preston said. “And yet politicians are getting away with absolutely abusing refugees.”

The day began under drizzle with a dozen or so immigrant and refugee rights activists as well as fans of the 34-year-old Serbian.

But in the afternoon, scores of people protesting Covid-19 vaccination mandates joined in, many of them peeling off from a separate demonstration in another part of the city.

Across the road from the centre, they waved flags and brandished placards reading “No more lockdown, vax or unvax”; “Stand now or kneel forever”; and “Push back! Don’t comply!”

Children and families joined in, too.

“He is setting a good example. He could have got on a first-class flight back to Serbia but he is fighting for his convictions.”

Fellow protesters joined in a form of Serbian line dancing.

At the anti-vaccination rally elsewhere in the city, there were signs of support for the tennis ace.

“Novak is making a stand and it’s a worldwide opportunity for him to say something about vaccination status and how ridiculous it is.”

Above the main door to Djokovic’s temporary Australian abode, yellow-paint graffiti read: “Free Them All”.

A few steps away, a protester wearing a cap, headphones and an anti-viral mask held up a placard: “Aussie Open? More like Aussie endlessly abusing refugees.”