After dealing with rumours around being dismissed from 'The Wife', Thuli Phongolo decided to chop her hair off for a fresh start. 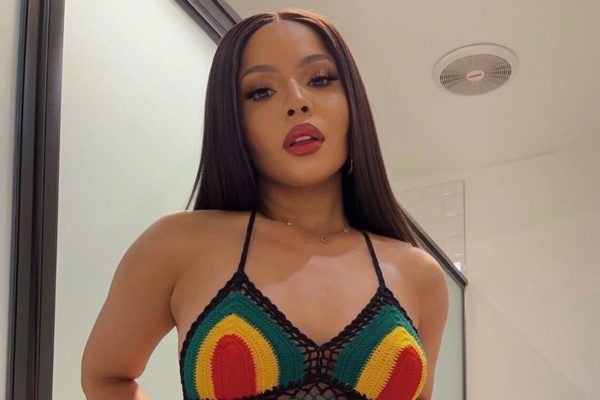 It is out with the old and in with the new for South African actress and DJ Thuli Phongolo as she joined the short hair club by shaving her head.

The 27-year-old DJ had recently made headlines after it was rumoured that she did not pitch for work to continue filming for her role as Lerato on one of Mzansi’s most popular telenova’s, The Wife.

Stained Glass, the production company of the television series released a statement confirming that Thuli’s role on the telenova had indeed been written out, but that this was a mutual agreement between the company and the actress due to schedule clashes.

“Yes, we can confirm that Thuli Phongolo’s character ends in the episodes airing next Thursday, 13 January 2021. This was by mutual agreement, due to schedule clashes,” said Stained Glass’s spokesperson Nomfundo Zondi.

ALSO READ: Thuli Phongolo ‘vehemently’ denies she was unprofessional on ‘The Wife’

Taking to social media on Thursday morning, the former Generations star told her fans and followers on Twitter that she was planning on cutting her hair.

“Cutting my hair today, zizojika izinto,” said the actress in a tweet.

Phongolo then took to her personal Instagram page to post and share with her 2,9 million fans and followers a video of herself getting her hair completely shaved off.

“Letting it all go. This year is personal for me,” said Thuli on her Instagram stories.

Rocking short hair has become a rising trend amongst celebrities, and even though many of them are usually seen styled in wigs and protective hairstyles, they sometimes take to social media and the streets of Mzansi to show off their natural, stunning short hairdos.

Here are some celebrities who have also joined the short hair club, and are definitely rocking it: