The podcaster compared Pearl to Bonang Matheba and Minnie Dlamini, saying they always carry themselves like ladies and aren't constantly trying to get attention. 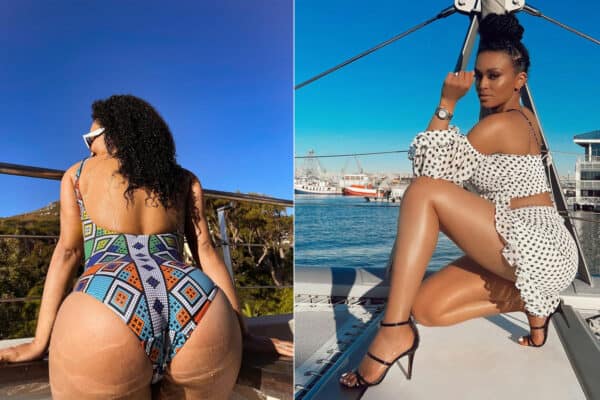 The musician’s romantic life was thrust into the spotlight recently after a video clip of his flirtatious conversation with media personality Bonang Matheba went viral.

Not long after, Big Zulu told fans there was nothing going on between him and Bonang, and that they were just having a friendly conversation.

Then he was seen in the arms of another woman.

On Thursday, the musician had tongues wagging yet again after he shared a video clip of him and Pearl hugging on his Twitter account.

In the video, Pearl and Big Zulu are speaking in isiZulu. Pearl jokes that the rapper “doesn’t want her anymore”, but background music drowns out the rest of their conversation.

The two are seen joking around, holding hands, and end off their conversation with a hug.

Big Zulu wrote he tried to ease Pearl’s assumptions that he “doesn’t want her anymore”, asking his followers how he can fix the misunderstanding.

Social media users were the first to judge this friendly exchange between the two, and criticised Pearl for “forcing” her exchange with Big Zulu, saying she was trying to outdo Bonang and did it for the attention.

ALSO READ: Young, Famous & African: ‘My first child is his fifth, and I met him first’

Slik Talk, who is known for throwing shade at South African celebrities, was not about to let this opportunity pass to add his two cents.

He took to his YouTube channel on Friday to discuss these recent events also taking the opportunity to criticise Pearl’s acting talent.

He starts off his podcast by telling his followers how disturbed he was when he saw Pearl “forcing an inappropriate hug” on Big Zulu.

The podcaster then goes on to say Pearl was behaving like a 19-year-old, and that she is not as desirable as she once was.

He also accused the actress of always trying to trend, before he launched into an attack on how bad her acting skills were.