After watching the video which has now gone viral, tweeps have said that Quinton did not look like he was having a good time at the club. 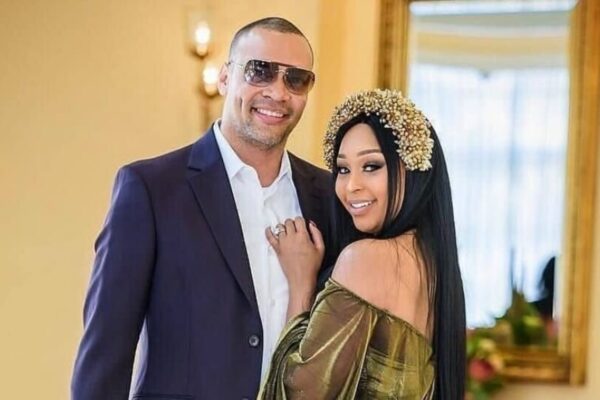 Television producer Quinton Jones and former husband of Minnie Dlamini was recently spotted partying up a storm at a club with a friend earlier this week.

This social outing seems to be the first time Jones is seen in public since he and Minnie Dlamini announced in a joint statement that they would be getting a divorce.

Tweeps, however, were not convinced that Quinton was having a good time at the club, and many have said that he looks like he was forced to go out.

The appearance comes days after a Twitter blogger made allegations that Minnie Dlamini had cheated on Quinton Jones with South African tender tycoon and businessman, Edwin Sodi.

Soon after the allegations were made, the television personality, as well as Quinton, released a joint statement where they both rubbished the rumours and made it clear that the reason for their divorce was not linked to Sodi.

“We have been made aware of various allegations regarding our divorce circulating on social media since yesterday. Without saying much more, all the allegations made are false, damaging, and malicious,” said the statement.

Unconvinced by the statement, Macgyver ‘MacG’ Mukwevho as well as his team addressed the matter on their popular podcast channel, Podcast and Chill, and shared some more shocking allegations about Dlamini.

In a nutshell, the podcaster said he had no problem with “IT” girls in the limelight but had a problem with how they sell their fan’s and followers’ dreams and lie about how they really get their fame and success.

This was before he said that Minnie allegedly slept with the brand manager of a major alcohol brand in order to get her contract renewed, and then said there is not much of a difference between Dlamini and Zodwa Wabantu, because they both sell p****.

“There is no difference between Minnie and Zodwa Wabantu, they’re both selling p****. One owns it, one doesn’t, and that’s where my issue is.