Schalk Bezuidenhout is hosting 'Die Kliek', a dating show where girls are in charge. 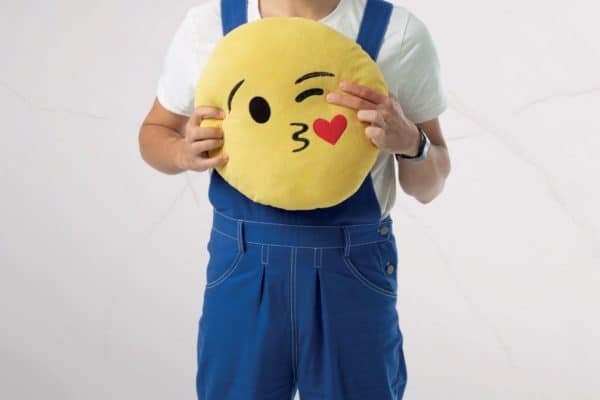 Die Kliek on VIA, hosted by Schalk Bezuidenhout. Picture: Supplied

Comedian Schalk Bezuidenhout is no stranger when it comes to the entertainment world, and he has been bringing some much-needed laughter into the homes of many South Africans since the beginning of July with the popular live dating show, Die Kliek.

‘Kliek’ and get a date

Die Kliek works on similar principles to those of today’s dating scene. Bezuidenhout says that after people meet, the first thing they do is to stalk each other’s Facebook and Instagram profiles. It’s only after that, that they are open to getting to know each other better (or not).

On Die Kliek, eight women get the opportunity to evaluate one man by firstly scrutinising his social media profiles, then meeting him in person and offering him the opportunity to defend himself regarding his online actions and then there is an exciting challenge to be completed.

Bezuidenhout says “if the guy is a catch, the girls put their best feet forward,” and even though the girls are in charge, Die Kliek can often be a little intimidating.

Although the dating scene might be a difficult one to master, Bezuidenhout and his witty attitude bring great comedy and excitement to Die Kliek, making it a light and entertaining show to watch.

Apart from facilitating the show, Bezuidenhout also plays the role of the girls’ best friend by leading them, giving them advice and reminding them not to judge too harshly. He says that people date and date until they meet the person that they want to be their person. In the end, “it’s just a date”.

“Every time that I came out of a relationship, I met a nice girl through friends even before I got the chance to download Tinder and things just evolved from there.”

He says he thinks online dating sites are great, though, and that two of his friends are married to girls they met online – one on Tinder and one on a Mxit chat room.

“Do you remember Mxit?” he jokes.

Bezuidenhout has been facilitating Die Kliek for the last seven seasons. He says the secret to impressing a girl is to just be yourself.

“Just be yourself and hope for the best.”

Since he finished studies, Bezuidenhout has been extremely focused on his career.

“I soon became very busy and just focused on my career.”

The one thing he dislikes about meeting new people, however, is the games it comes with.

He refers to a book called The Game, which shares tips with the reader on how to get the girl.

Bezuidenhout says he could never play those games.

“At school, it was simple. You’re either boyfriend and girlfriend, or you’re nothing.” He says that he has never been interested in any type of relationship that comes with uncertainty.

“I am focused on my career and don’t want anything distracting me. I want a relationship that supports me.”

Bezuidenhout got engaged to his fiancée, Mika, at the end of 2019.

“We’re living together with our two dogs,” he says. “We’re not in a rush to get married. We want that fairytale wedding and don’t want to compromise by having a small wedding with masks where no one is allowed to dance.”

They plan to wait until the dust from the coronavirus pandemic has settled and hope to get married next year.

“That also gives me time to save,” says Schalk.