Princess Diana's fans had mixed feelings about Kirsten Stewart taking on her role in 'Spencer' but the trailer has proven that she is a perfect fit. 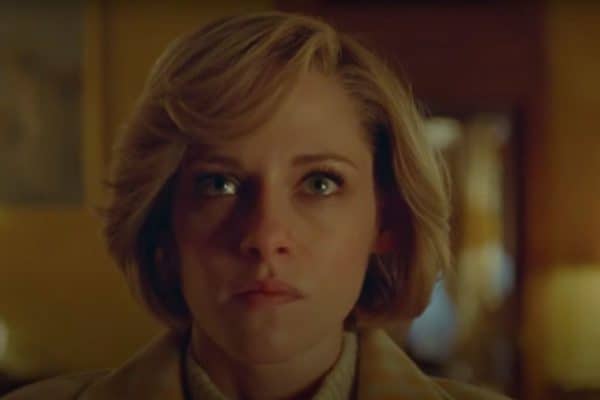 Kirsten Stewart in character as Princess Diana in the new trailer for 'Spencer'. Picture: Screenshot

Popular for her role as Bella in the Twilight Saga movies, Kristen Stewart has been cast as Princess Diana in the biopic titled Spencer, set to premiere in November 2021.

The biopic follows the life of the Princess of Wales during the 1990s when she decided to separate from her husband Prince Charles amid rumours of him having an affair.

The official trailer for Spencer was released on Thursday evening and begins by showing preparations being made by servants inside the royal palace for what seems to be a Christmas party.

They layout the outfits which will be worn by members of the royal family and also prepare the meals that will be served for dinner.

The trailer then moves on to show Stewart, as Princess Diana, in a bathroom in the palace, where she seems to be having a panic attack.

ALSO READ: PICS: 13 photos of the home Princess Diana lived in as a teen

She is interrupted by one of the palace servants who knocks on the door and tells Diana that everyone is waiting for her.

The trailer also shows snippets of the life of a princess of the royal family. Diana is seen taking family portraits with the rest of the royal family, making public appearances where she is captured by multiple photographers, as well as taking dance classes, which is what Princess Diana loved to do.

The synopsis of the film reads: “December 1991: The Prince and Princess of Wales’ marriage has long since grown old. Though rumours of affair and divorce abound, peace is ordained for the Christmas festivities at Sandringham Estate. There’s eating and drinking, shooting and hunting. Diana knows the game. This year, things will be a whole lot different.”