SABC has announced that 'The Estate' on SABC3 will start airing on SABC1 from episode one, introducing the audience to a tug of war for land. 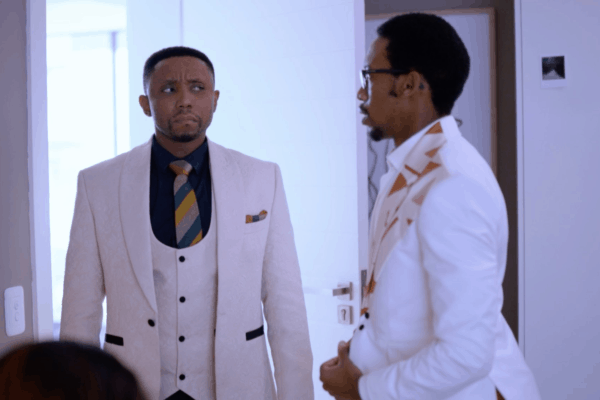 Sdumo Mtshali on 'The Estate' on SABC3. Picture: Twitter

A telenovela that has been on the scene for just a few months, The Estate, has received what could be perceived as a big bump as it moves to SABC1.

Airing on SABC3 from April 2021, the storyline of The Estate follows the gated suburban haven that is Echelon Estate. The eight-meter high brick-wall golf estate is called home by the most wealthy families in the neighbourhood and struggling middle class who try to keep up with the Joneses.

SABC1 viewers don’t need to worry if they haven’t watched the show; the channel will be airing The Estate from episode one to allow people to catch up.

In the first few episodes, viewers meet property mogul Muzi Phakathwayo, played by Sdumo Mtshali. He is the man behind the exclusive and black-owned estate.

Muzi must fight a young, eager lawyer over a land claim from the rightful owners, the Thembalethu people.

In the premiere episode, Muzi hosts a lavish party to announce the extension of the estate. However, he neglects a promise he made to Shadrack, played by Don Mlangeni.

Thrown in the mix is the Molefe family – actress Dineo Langa as Mmakoena Molefe and Matli Mohapeloa as her husband Lesiba Molefe. Trouble brews in the Molefe household when Mmakoena buys a house at Echelon Estate without her husband’s knowledge.

The Estate has gained a strong following on social media, with their fans feeling the show hasn’t received enough attention it deserves.

However, The Estate ratings aren’t high. For the month of July, there were roughly 503,000 viewers. Skeem Saam’s viewership on SABC1 is over 5.9 million and Uzalo around eight million.

The time slot also works for the show. It will be replacing Live Amp on Fridays, which brought in about three million viewers.

The first episodes of The Estate will air on SABC1 every weekday from 6 September at 7.30pm. The show will also continue on SABC3 with the latest episodes airing at 7pm.