‘Blood & Water’ trailer hints at romance between Puleng and Wade

The 'Blood & Water' season two trailer has hinted at a romance between Puleng and Wade and fans refuse to let that relationship happen. 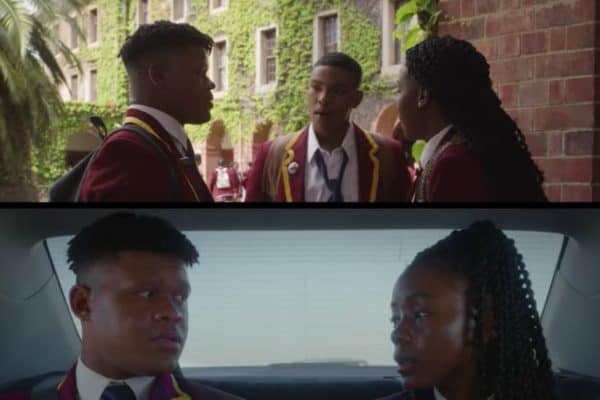 The Blood & Water season two trailer is here and it’s got everyone upset!

Netflix released the official trailer for the second season of the South African series on Monday and fans are not here for the storyline. And they seem to have made up their minds before they have even seen it.

The trailer picks up where season one left off and it looks like it is going to be an explosive ride.

We see a distraught Fikile begging Puleng for the truth before embarking on her own journey and investigating whether or not she really is Puleng’s missing older sister.

We also get introduced to a new term, new faces and new romantic pairings.

Perhaps the most polarising pairing is that of Wade and Puleng, who were originally really good friends in the first season of the show.

The trailer also poses the question “do you want to know the truth” as Puleng and Fikile cause even more drama trying to find out whether or not they are really related.

“Season two is bringing the heat with more drama, more breakups, more lies, and more good-looking faces than one show should be allowed to have. The second season will be landing on Netflix on the 24th of September 2021, mark your calendars, we’d hate to see you left behind with the new season,” said Netflix in a statement.

According to the Netflix press release, the DNA results will be released this season and the ensuing drama ensures that old alliances are tested and new and unlikely friendships are forged.

Created and written by Nosipho Dumisa and developed with Daryne Joshua and Travis Taute, Blood & Water is executive produced by Bradley Joshua and Benjamin Overmeyer.