From being the main chick to being a side chick, 'Uyajola 9/9' reveals shocking secrets behind Mzansi's most complicated relationships. 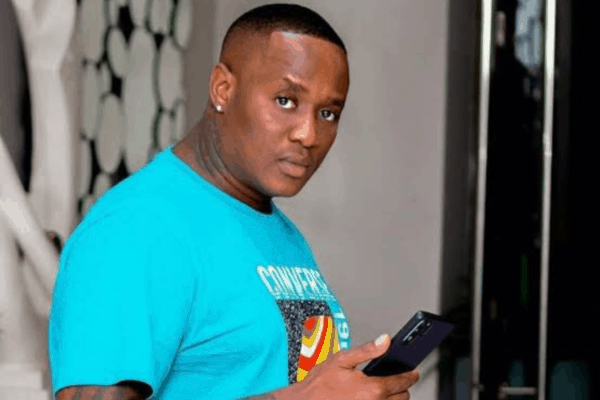 Moja Love’s popular TV show Uyajola 9/9 has once again brought its viewers together on social media to share a few laughs and discuss the tumbling relationships of others.

Molemo Maarohanye, commonly known as Jub Jub, and his team have met up once again in the recent two episodes of the show to assist people in finding out whether their partners are cheating on them or not.

On the first episode, Sane reaches out to the Uyajola 9/9 team for help as she suspects that the man she has been dating for seven years is seeing another woman behind her back.

After doing some research, Jub Jub and his team finally find Sane’s partner’s location, and they discover that he is actually on a date with another woman.

When he is confronted about his infidelity, he apologises for his actions, saying he still loves Sane and still wants to be with her.

While he tries to explain himself and win his girlfriend’s back, his side chick finds it difficult to let him go and continues to pull him back while shouting “he is mine”.

ALSO READ: ‘Uyajola 9/9’: Jub Jub will chase a cheater down

On the second episode of Uyajola 9/9, Nokwanda has a feeling that her boyfriend is up to something, because he keeps disappearing and does not tell her where he is going.

Nokwanda’s suspicions are put to rest when she and Jub Jub arrive at his location to find her boyfriend in bed with another woman.

While Jub Jub confronts him about his infidelity, it is revealed that he has been seeing this other woman for over a decade, and that they even have an eight-year-old child together.

Angered by the revelations, Nokwanda tells her boyfriend to go back to her house and pack all of his belongings because she no longer wants to be with him.

Here is what viewers had to say about Sunday nights episodes of “Uyajola 9/9”:

'Jub Jub raped me too': More alleged victims speak out
3 days ago
3 days ago

'Jub Jub raped me too': More alleged victims speak out
3 days ago
3 days ago