‘The End, Okay?’ – Yvonne Orji opens up about the final season of ‘Insecure’

With titles like 'Reunited, Okay?!', 'Growth, Okay?!' and 'Pressure, Okay?!' we're wondering if everything really will be okay on 'Insecure'. 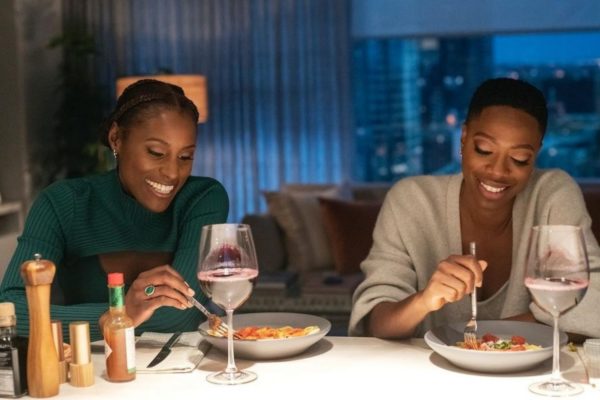 Issa Rae and Yvonne Orji as Issa and Molly on 'Insecure'. Picture: Instagram

Getting closure with your favourite show is often a privilege that TV viewers take for granted and given the abrupt nature with which most shows end, fans of HBO’s Insecure are lucky to get to see the show come to an actual end.

After five seasons on the air, the show created by actress Issa Rae will wind down the stories of the show’s main characters – Issa, Lawrence and Molly played by Issa Rae, Jay Ellis and Yvonne Orji respectively.

The Citizen recently caught up with Orji to chat about season five of Insecure (which begins on Showmax on 28 December) and what this season hold in store for her character.

When we first met Molly Carter, she was a tightly wound corporate attorney with a highly successful career and a not-so-successful love life. Seasons later, her wardrobe and career have improved significantly while her love life has taken a few steps forward and a few steps backwards.

When the final season of Insecure opens, we meet Molly sporting a short haircut (a fade) after seasons of rocking wigs and we open our interview by unpacking this.

Historically, when a woman cuts her hair, it often means something and considering how open-ended the conclusion of season four was, we wondered if this signified anything.

“When a black woman cuts her hair, it signifies some kind of growth or change or evolution or something. Something, you know!”

“I think because they knew they had first-hand knowledge of what they were trying to get out with the season, it was beautiful how it worked into the storyline so effortlessly,” said Orji.

“I’m proud also, to show a lawyer that has a fade and be able to work in corporate America,” she added.

To sum it all up, this season Molly is coming into her own.

ALSO READ: ‘Insecure’ fans are not happy about the series finale

As it was on fellow HBO show, Sex and the City, fashion is yet another character on Insecure and Yvonne believes Insecure’s costume designer, Shiona Turini, endeavours to tell stories through her choices for the characters’ clothes.

“It plays a part in the show, in communicating the messages and the feel for what the characters are experiencing. That’s one thing that has been there from the jump.”

Another thing that has been there “from the jump” (from the beginning) is the style in which the season’s episodes’ names are written. Each season, the names are anchored to a popular slang term/word. Season one was “as f***”, season two was “hella”, season three was “-like”, season four was “lowkey” and season five is “okay?!”

Episodes one through three are named “Reunited, Okay?!”, “Growth, Okay?!” and “Pressure, Okay?!” which not only emphasises that this is “The End, Okay?!” but leads us to wonder if everything really will be okay for the show’s lead characters. Especially considering the name of the final episode; “Everything Gonna Be, Okay?!”

“With any relationship that has gone through a fracture, it needs healing. Sometimes there will be missteps and sometimes it will be rocky and then it will be ‘yoh, are we good?’ ‘we’re good’ and then we’re good and I think they’re getting back to being good,” says Orji in reference to where Molly and Issa’s friendship is this season after last season’s odd fallout.

She makes references to the scenes on Insecure depicting both characters making a concerted effort to spend time together by having sleepovers and doing activities such as yoga and cooking together.

In the end, Orji says she believes the friendship has been restored to its “factory settings.”

“Girrrl, that remains to be seen. You’ll just have to watch and find out!” says Orji before adding, “I think she is learning a lot about herself and hopefully that translates into her love life.”