Mabusi Seme has been declared the star of this season of RHODurban after how she handled provocation from Jojo Robinson. 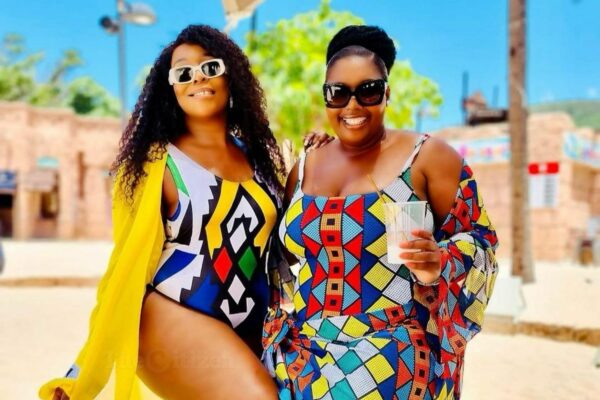 It feels as though it was just yesterday that a new and exciting cast of the Real Housewives of Durban (RHODurban) was revealed and now, 12 episodes later, the latest season is already over.

The season closed with a girls’ trip to Sun City where the ladies faced off and later bonded beside the resort’s famous Valley of the Waves. The woman the masses love to hate, Nonku Williams finally opened up about her much-talked-about alcohol consumption habits.

A revelation that touched the ladies who seem to have decided to take it easier on her from now on. Nonku told the ladies that she has decided to be more cognisant about her relationship with alcohol after admitting that she drinks the way she does to escape the pressures of being the one her family relies on for survival. The pressure that she faces alone as she is a single mother and the one her mother also relies on.

LaConco (Nonkanyiso Conco) was also briefly raked over coals by RHODurban’s new villain, Annie Mthembu, who revealed some sensitive information brought to her by fellow castmate Jojo Robinson. A teary-eyed Jojo confronted Annie about breaking her trust, much to Annie’s annoyance.

A few days later, the ladies congregated without LaConco and Mabusi Seme, at Londie London’s behest to discuss “indaba ka Petal” (the issue of LaConco’s potential lover, indentified only as “Petal” at this stage).

In the previous episode, Jojo confided in Annie that Petal may not be as wealthy as LaConco had made him out to be as he was looking for people to share accommodations with (presumably as a cost-cutting measure).

Jojo also told Annie that she knew who Petal’s employer was and that he may not be the “boss” LaConco made him out to be. The ladies complained about how closed off and secretive LaConco was about her life and insinuated that this was because she was a liar.

Many of the ladies took issue with the fact that they didn’t even know where she lives.The meeting came to a decision that they would confront LaConco and Annie suggested that the friendship group resolves to cut LaConco off if she walked away from the confrontation without providing the answers they sought. The confrontation took place at a rooftop event hosted by chief instigator, Annie Mthembu.

Londie London finally performed after flaking on Jojo’s event a few episodes ago and RHODurban fans were left skeptical about her vocal abilities. The anonymous questions asked to the ladies in the group on Londie’s girls’ trip were brought up again as a segue into the confrontation of LaConco.

Lead by Nonku, the ladies challenged LaConco about her desire not to open up about her personal life and she was not too happy about the confrontation. As someone who seemed to have been forming a friendship with LaConco, Londie turned on her at the drop of a hat, much to the surprise of the audience. Mabusi is the only woman who stood by LaConco who drew a line in the sand before leaving Annie’s party.

After LaConco left, Mabusi called out the group and cemented her position as the season’s new fan-favourite. Surprisingly, Jojo spilled her drink on Mabusi sparking a confrontation that could have gotten ugly had the ladies not held the ladies back.

During her confession, Jojo admitted to regretting spilling the water on Mabusi but it remains to be seen whether the two will ever reconcile. The episode concluded with Jojo bursting into tears while the ladies remained unmoved by her crocodile tears.

They stood firm in their view that her actions were wrong leading to an end to the night and the season. It’s safe to say that the fans wouldn’t be mad at a new season of RHODurban and we’ll wait to see what Showmax decides about the fate of the show.