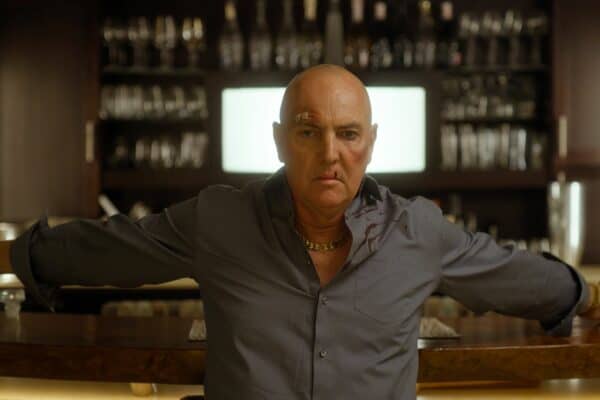 South African-born Hollywood actor, Arnold Vosloo, will be back on television screens in August, starring as Daan Ludik in Netflix’s first Afrikaans series.

The series revolves around Ludik, who appears to be a salt of the earth oke, styling himself as a wholesome family man running a successful furniture business.

However, behind the veneer of respectability, Ludik is steeped in the underworld that sees him crossing paths with mobsters and murderers. With his family in turmoil, jail time on the horizon and death imminent, Ludik must rely on both his old and new allies to prevail and save his everything.

Speaking to The Citizen on Wednesday, Vosloo said he is very confident that Ludik will be a big hit and that he is sure it’s the first of many amazing Afrikaans shows that will be offered by Netflix.

“The series is really amazing. The six hours we filmed in Pretoria is really good. Pretoria is a character, Daan Ludik is bef*k, I really think people are going to love it. I am very confident, I’m not even cautiously optimistic, that Ludik is going to be a big hit and that it’s the first of many amazing Afrikaans things that’s going to happen on Netflix.”

The Mummy actor is currently back in South Africa as filming for Ludik took place in Pretoria.

Rob took to social media on Wednesday to announce his role in the series, saying it’s undoubtedly the most challenging and rewarding film role he has ever had.

“Big love to @paulbuys and everyone at Rose and Oaks Media for trusting me with this beast.
Eternally grateful for the opportunity. And look at this cast! To share a screen with Arnold Vosloo and the rest of these incredible artists is quite literally a dream come true,” said the actor and award-winning South African comedian.

The Afrikaans series will be streamed on Netflix from 26 August 2022.