Having his rivals over a barrel

The seven-year-old has won eleven races in total and eight of them have been for Laing. 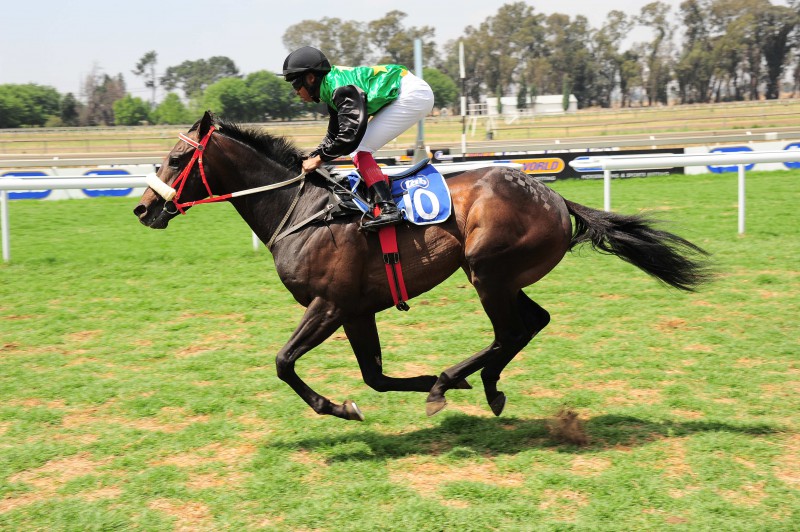 POSSIBLE DOZEN. Red Barrel has won 11 races and can make it No 12 in the Fairview 1400 this afternoon.

Trainer Tara Laing has her yard in fine form and Red Barrel has done the stable proud in the past and has every chance of taking home first prize in the Fairview 1400m (Non-Black-Type) at Fairview today.

The seven-year-old has won eleven races in total and eight of them have been for Laing.

This distance seems to suit Red Barrel down to the ground with three of his wins being achieved over it.

Stable jockey Raymond Danielson is aboard and he knows the horse well enough to overcome his out-most draw of stall No 11.

Laing has another three runners carded for the race and all three could be involved with the finish.

Unannounced may just have needed his last run and could appreciate the extra distance and has the benefit of pole position draw.

Normanz is the class horse of the race, being a Grade 1 winner and his form in his new yard has been decent enough, having been runner-up to Harry Lime and Juan Two Three. He also steps up to 1400m.

Distinguished has not won for some time now but was not disgraced when third behind Ochoncar in his last start.

Trainer Mike Bass usually does very well when raiding Port Elizabeth and his two runners Ashton Park and Ze Keiser have to be given the utmost respect.

Ashton Park is distance and was doing his best work late last time when fourth and jockey Aldo Domeyer should be able to get a good position from an inside stall.

Ze Keiser has had wide draws in his last two starts and was not too far behind so from a nice draw a big run from him can also be expected.

Ochoncar is not the most reliable of horses but his recent form is promising and his runner-up berth behind Jet Explorer last time out was a good effort.

One can never dismiss the chances of a Justin Snaith trained runner, especially in feature races in PE and True Master will be the ride of South African Champion Jockey S’manga Khumalo.

Notting Hill has not been in the best form this year but the Dorie Sham is flying at the moment so his chance of an upset is a possibility.