Golden Dynasty should get it right this time

Trainer Gavin van Zyl and jockey Brandon Lerena were a formidable team last season and will be looking to continue the good run with Golden Dynasty in Race 8 at Scottsville today, a FM 73 Handicap over 1400m. 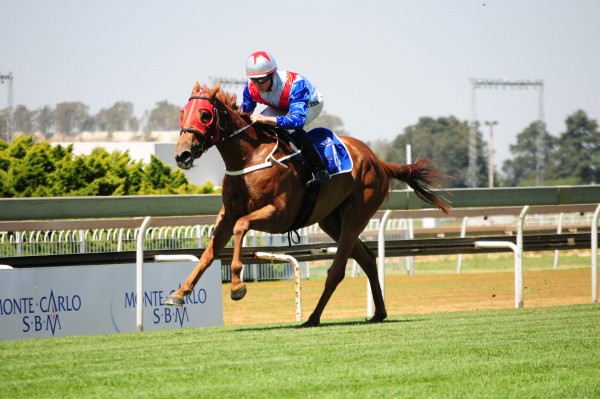 Four-year-old Golden Dynasty is in good form and may be considered lucky to not have been handed a penalty for her last two runs, in which she finished second.

In her penultimate start, she was drawn wide and found stable companion Chili Pepper 1.25 lengths too good over the Clairwood 1600m in a field much stronger than this. Then last time out, she was beaten 1.75 lengths by younger and improving Agatha Panther over 1200m at Clairwood.

This longer distance should suit the daughter of Mullins Bay and a good draw should enable Lerena to get her into a handy position and set her alight for her normal fast finish.

Then in June, Infinite Wisdom ran a close fifth behind Hunting Blues over 1450m at Clairwood where Golden Dynasty finished 1.25 lengths back in sixth. There is a 0.5kg difference in the weights in Golden Dynasty’s favour.

However Golden Dynasty raced without blinkers that day and is much better when fitted with the additional equipment.

Secret Pledge shed her maiden tag at this track and could prefer this trip nowadays, so is not out of it.

Goldridge has fair recent form and could place in her first outing for trainer Kom Naidoo, returning from an 11-week break, while Adapt Or Die and recent maiden winners Titlee and Pacific Line are capable of improvement.