It is all about Charles Laird

The most interesting race on the Polytrack at Greyville today appears to be Race 3, a Conditions Plate over 1200m for Fillies and Mares as trainer Charles has a strong hand with his three carded runners German Lady, Rich Girl and Beloved Country. 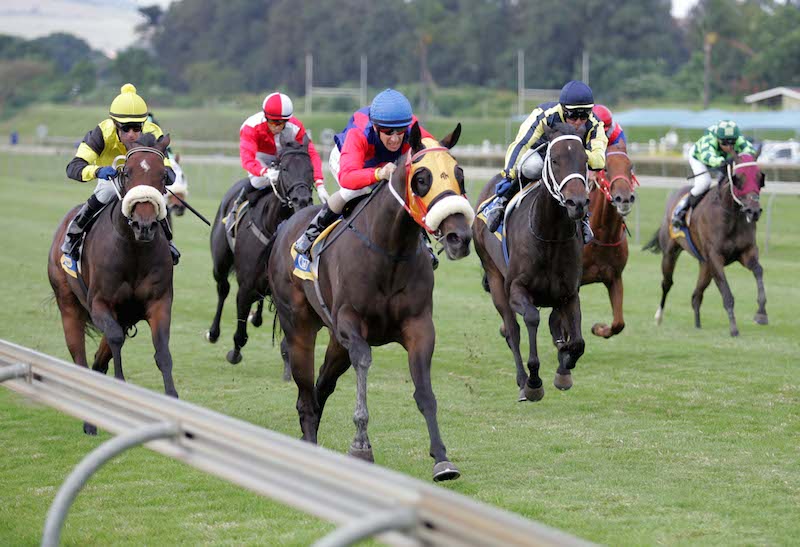 Anton Marcus has elected to ride German Lady in Race 3 at Greyville today.

The weights slightly favour the three-year-old Rich Girl but it could be worth noting stable jockey Anton Marcus will be aboard German Lady.

With Marcus having been aboard German Lady and Rich Girl for their last two wins and Beloved Country for all three of her wins he should with all his  experience know who is the best suited for this race.

German Lady looked good when scoring over this course and distance last time but beating Cotswold is one thing and beating two young and improving stable companions is something else.

Rich Girl has Grade 1 form and showed she is above average when runner-up to Alboran Sea in the Alan Robertson over 1200m on the turf at Scottsville in May.

This Australian-bred filly won her seasonal debut by beating Beloved Country by a long head over 1000m at this track. Jockey Kevin Shea was aboard Rich Girl when she won her maiden back in February so knows what she is capable of and the competition will have to be at their very best to handle her.

Beloved Country is 0.5kg better off with Rich Girl for that narrow defeat and was making up ground quickly so she must be respected under the decent 2.50kg claiming apprentice Callan Murray.

Older horses Caviar,African Dream and Goldie Coast are all decent fillies on their day but are giving weight away so it will be a surprise if they were to win but can be considered for other exotics.