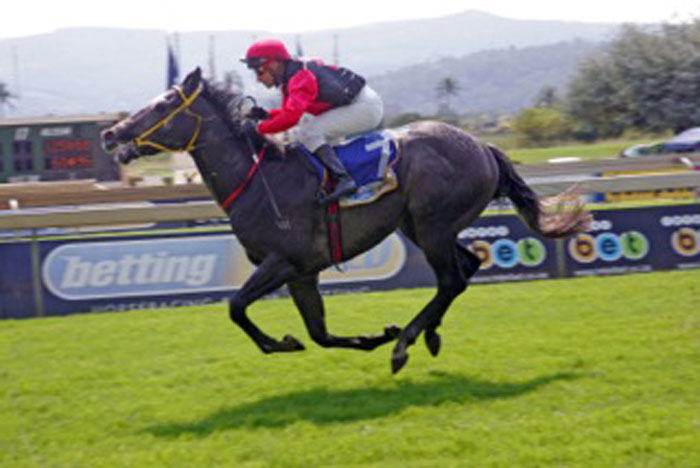 Trainer Dorie Sham continues to be in good form and punters could be going home on a winning note with Happy Lion in Race 8, a MR 91 Handicap on the Polytrack over 1200m at Fairview today.

This six-year-old gelding has won his last three over this course and distance.

Happy Lion beat Eternal Jet by 1.25 lengths in August, Ess El Kay by 2.75 lengths in September and Land Of Meadows by 0.50 lengths in November.

Those wins have come at a cost of 18 points in penalties to his merit rating but with only three for his last win he could have another win or two left.

Regular rider Karl Zechner is aboard.

Happy Lion has shown his best form when allowed to sit off a decent pace and he should get that in this race as a likely danger and strong front-runner Rebel House is carded to participate.

Rebel House is drawn out wide so may have to use some of his petrol to get to the front.

Black Toga, Mesmerize and Weekend Temper all have ability and they will not go down without a fight.

Stable jockey for the Tara Laing yard Raymond Danielson is on Black Toga which suggests he is the stable choice.

The Justin Snaith pair of Weekend Tempo and Mesmerize are also both course and distance suited.

The Sham yard could also open up proceedings with a winner as Township Talk looks just about ready to break his duck.

Stable companion Sylvan Shadows has his first run under her care and could step up markedly from his modest first three runs.

Minnaroom appears to be their only real danger.

The Snaith-Khumalo combination could be the ones to be with in Race 4, a FM 59 Handicap over 1900m as their charge the filly Fraternize is on her way up.

This Horse Chestnut three-year-old won her last two starts with authority and could pull off the hat-trick.

The Laing yard has two strong contenders to win Race 5 as both Emblem Honour and Inca Silver are in decent form.

Inca Silver will be getting weight from his stable companion and gets the narrow vote.