They say you have really scaled the fashion heights when you occupy front row at a fashion show. 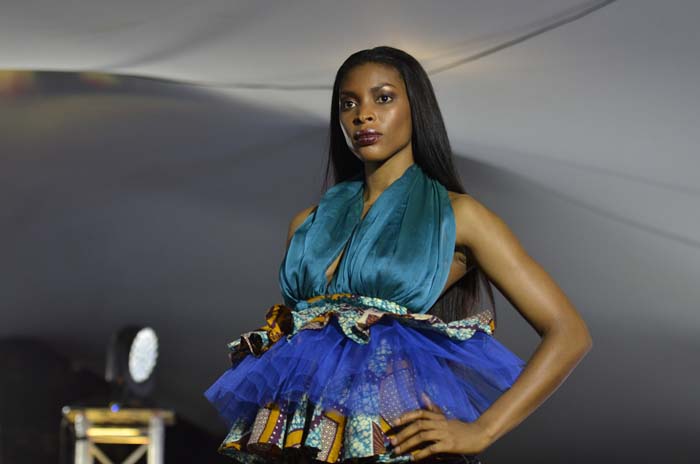 The front row is really the preserve of Vogue’s Anna Wintour and the like. Closer to home, the late Gwen Gill cast a learned eye on the creations South Africa’s finest designers.

Not being as keenly aware of this as some, I simply perched myself in the front row at the recent Sanaa Africa Day Fashion Show at Moyo’s in Parktown. With no regard for decorum and the style requirements for those who occupy such spaces, I simply whipped out my notepad and went on about educating myself on the job.

Before the show started, eyes started focusing in my direction – that typical Jozi stare-down that seems to say, “I wonder what he does, looking so shabby at a fashion event?” Undeterred by the attention and daunting task ahead, host for the evening Nambitha Mpulwana appeared on the ramp with some background and details about the show to come. The African flavour of the event offered hope of a successful review, given the Pan Africanist mandate the designers were given. That flavour extended to reminding patrons that we were not on the set of The Devil Wears Prada, as the waitresses alerted us that there was a cash bar – a day before pay-day!

Designs by Ditiro Mashego and Zolile Petshane were first up as models in stilettos took to the lit up ramps. A darkly bronze see-through number won the adulation of the audience from this pair. It soon emerged that, instead of the polished and pampered classes, the bulk of the audience comprised fashion’s proletariat: students, hipsters and Jozi’s complex middle classes.

The aspiring fashion aficionados by my side nudged me to pay careful attention when Zuloe by Sfiso Mthethwa and Phinasi Mthiyane presented their menswear. Zuloe’s work had a casual feel to their work, with a jacket that embraced bohemian chic. Other gents fashion from Scalo by Sello Medupe, and Ahmed Helmy was not so street friendly – with outfits that had a futuristic bent to them in material that looked like thick plastic.

The clothes were adorned with imprints of New York City cab companies, betraying the African feel the show had exuded thus far. The trend among those who delved into male fashion was an attempt to chip away at notions of masculinity, as some of the rugged outfits were softened with skirt-like coverings over the trousers. Macho sensibilities were laced with a touch of feminine indulgence, something that did not go down well with those who were walking around with their stomachs in and chests out. 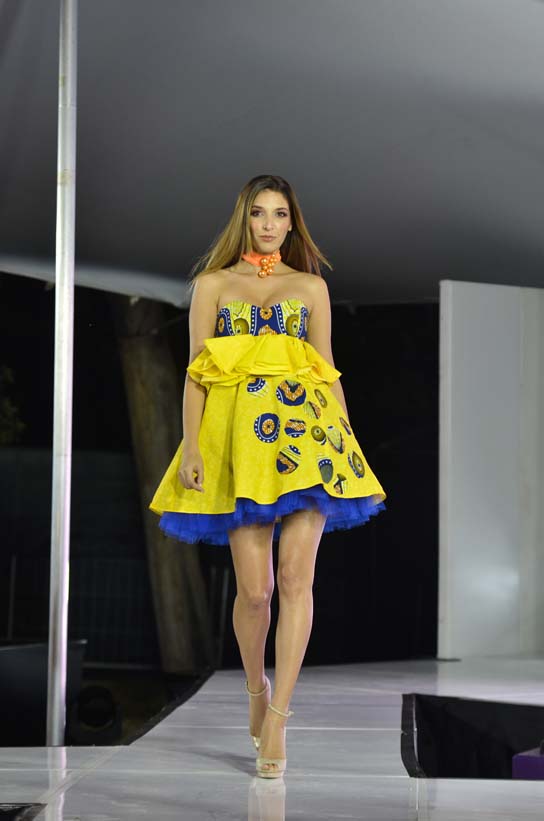 “They are trying to exterminate manhood as we know it,” quipped one onlooker.

The plus-sized fashion from Tebogo Tseeke, who found a new fan in young fashion designer Lebogang Shikwambane, was a big hit.

“It was not only a matter of adhering to the theme in terms of clothes, but also representing African beauty through plus-size models,” Shikwambane said.

“Its not always all about using dark-skinned models to illustrate so-called African beauty. The use of plus sized models paid homage to how ordinary Africans look on the street.” 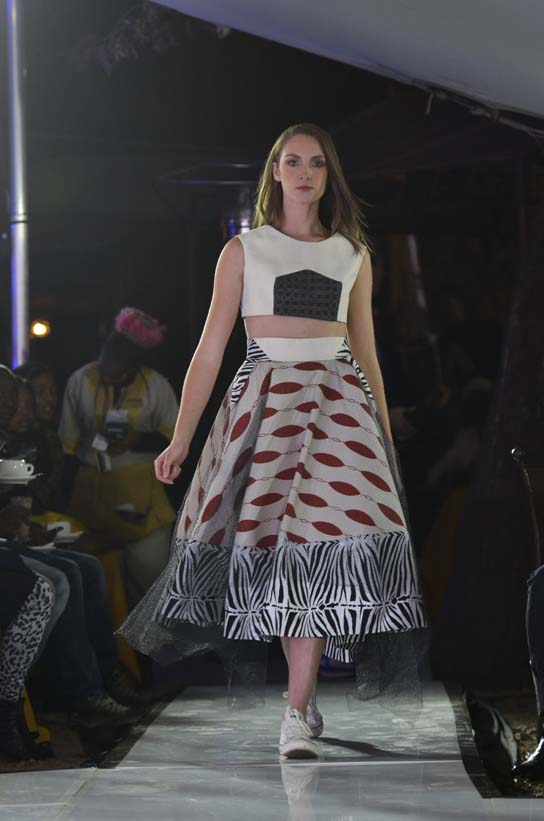 As the night wore on, the little nuances that make being a clothes-horse tricky started revealing themselves. One male model walked as if he was counting every step, and stiletto heels almost snapped on several occasions. And is it a requirement to walk with no expression? I’m sure some of these clothes would spring to life if the person wearing them had some sort of personality.

Rubicon kept it simple and embraced the notion of classic beauty with lacy dresses that embraced the delicate features of the women that wore them. Tsotetsi KL featured similar touches, with goddesses in head wraps and ball gowns showcasing conservative elegance.