How to stress less and be more productive every day

Stress does not automatically mean you are being productive. 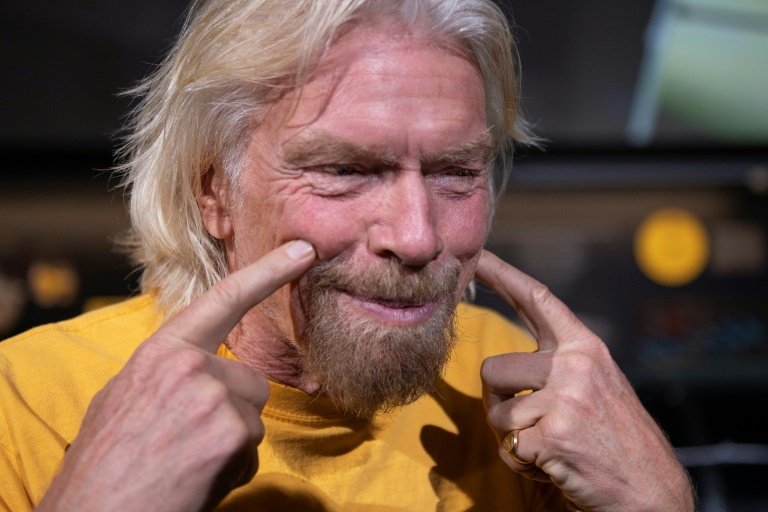 Richard Branson believes waking early and exercising is a key to his productivity. AFP/Jim WATSON

Being at work is a strange phenomenon. Studies suggest that the average office worker is only actively getting stuff done for two hours and 53 min every day, and yet increasingly “work stress” is being listed as the reason for illnesses and missed days at work. This happens because for the other 6 hours of the day office workers are engaged in all sorts of activities which, while not part of their jobs, are a huge drain to their energy.

Open plan offices were meant to be a boon for inter-office communication, but studies are increasingly showing that they are a nightmare in terms of productivity. Gloria Mark, Professor in the department of informatics at the University of California, shows that on average, people are interrupted seven times an hour by fellow colleagues who are doing everything from looking for help with a task, to asking questions, or just looking to chat.

She has also shown how even when left alone, people are inclined to “self-interrupt”, choosing to randomly change their own tasks roughly once every three minutes.

“We found people switched these activities on average of every three minutes and five seconds. Roughly half of these swops are self-interruptions,” she said.

“So it’s not just somebody else interrupting us. You’re working on a report and suddenly you check Orbitz for airfares — that sort of thing? Or you go to eBay. For no apparent reason, the person picks up the phone and makes a call or starts surfing the Web.”

This constant swapping between the tasks at hand, the people around you and your own strange obsessive desires, is what leads to many people going home feeling utterly exhausted despite actually achieving very little.

The good news of all of this is that the power to both make yourself feel more productive, and less stressed at work lies largely in your own hands.

Here then are six tips for ensuring you are not only more productive but also less stressed at the end of every workday:

Distraction is the enemy of success. Gary Keller, the author of The One Thing: The Surprisingly Simple Truth Behind Extraordinary Results and founder of Keller Williams Realty, explains that each morning he identifies just one important task and blocks out the time and distractions to focus on it.

In order to determine what that task is every day, Keller said he would ask himself the question: “What’s the one thing which, when tackled, will make everything else I have to do easier or unnecessary?”

If followed religiously, Keller has said the system leads to greater productivity and also lowers stress. Even if you achieve nothing else, you are able to face the rest of the day knowing you have already achieved something, and taken a big step towards your goals. This makes other challenges easier to handle and lowers overall stress. When done every day, these small morning gains start to add up, leading to large tasks being accomplished and a general sense of well being.

“The key is time. Success is built sequentially. It’s one thing at a time,” he writes in his book.

Like it or not you aren’t a machine. No matter how hardworking or driven you think you may be, you need to take some time off. The trick to doing this, while remaining efficient, is to schedule a series of short 10 to 15-minute breaks over the course of the day.

Taking a proper break can refresh your mind, or give you the chance to check social media and personal emails without the stress that comes from feeling guilty for doing so. Don’t be afraid to get up and go for a quick walk during these breaks either. There are numerous stress-related effects that are linked to our increasingly sedentary lifestyles and getting up and taking a walk in the sun can help you blow off steam, lift your mood, sharpen your mind for your current tasks and even help get you into better shape.

Tony Schwartz of the Energy Project has shown that if we concentrate intensely for about 90 minutes, followed by a brief period of recovery, we can clear the buildup of stress and rejuvenate ourselves.

As an added bonus, studies have shown that when people know there is a break, or meeting, coming up, they subconsciously work harder and faster to complete the task they are doing. If this is done in a disorganised fashion, such as when people expect to be interrupted at their desks, it can lead to an increase in stress, but done in an organised way around scheduled breaks, it leads to greater productivity without the downsides.

Identify the things you can control

Business psychologist and the author of Success under stress, Sharon Melnick, said that it was very important to understand in each project, challenge or task, just what you can control, and what you can’t.

“We experience stress when we feel that situations are out of our control,” said Melnick. “It activates the stress hormone and, if chronic, wears down confidence, concentration, and well-being.”

Understanding what we can control, and what we can’t, makes it easier to tackle our own responsibilities, while also importantly allowing us to brush off the things we can’t.

“Typically, you’re in control of your actions and responses, but not in control of macro forces or someone else’s tone, for example,” she explains. “Be impeccable for your 50% and try to let go of the rest.”

Turn off notifications and email

According to “Adobe Email Survey 2016,” which surveyed more than 1,000 American office workers, the average person spends 7.4 hours per weekday on email. Sixty-nine percent of respondents said they have checked email while watching TV or a movie, on vacation (53%), in the bathroom (45%), and while on the phone (44%). Also, 17% admitted to checking while driving.

When you consider that the average teenager now spends nine hours a day on social media of some kind, there is fast approaching a time when we will do literally nothing else apart from stare at our phones. The irony is that being constantly available on email is often a sign that someone is unproductive.

“Productive people aren’t slaves to technology,” said Jason Jennings, author of Less is More: How Great Companies Use Productivity. Jennings advises turning off all notifications and setting time aside each day for getting to emails.

“You will be much more efficient if you answer your emails in large batches, rather than one at a time, and removing the distraction of constant notifications will allow you to properly focus on other things,” he said.

If you can’t stand the idea of being without your email, Alexandra Samuel, PhD, author of Work Smarter with Social Media, advises you enlist the help of filters.

“We have this idea that everything that hits our inbox is urgent,” Samuel said, “But that’s far from the case. Filters — like sending anything with the word ‘unsubscribe’ directly to the trash—can seriously up your efficiency.”

It is impossible to be productive if you are sick or feeling lethargic. This is probably why the number one tip for managing stress and remaining productive is to exercise and make sure you get enough sleep.

Virgin Group founder Richard Branson wakes up at 5am every day and exercises.

“I definitely can achieve twice as much by keeping fit,” Branson said. “It keeps the brain functioning well.”

A study at Leeds Beckett University in England found that employees who used onsite gyms for daytime sweat sessions were more productive.

Meanwhile, researchers at the Finnish Institute of Occupational Health in Helsinki, Finland, found that those who did not get enough sleep were more likely to take extra sick days.

We have known since the late 1800s that a lack of sleep leads to a decrease in productivity with researchers at the time recommending the work day to be cut from 9 to 8 hours so the total work week totalled around 40 hours.

“Past that point,” they said, “the efficiency of workers’ output [is] seriously reduced.”

One large study conducted in 2010 by Mark R. Rosekind et al, studied 4,000 workers in America and found sleep-deprived workers were less productive, less motivated, and had difficulty focusing, remembering things, and making good decisions. This is probably why such luminaries as Bill Gates swear by their seven hours a night. The medical journal Sleep found the optimum bracket of sleep to be seven to eight hours a night.

Be grateful for your successes and those of others around you

While not as obvious as to why it works as the other items on this list, psychologists advise you take a little time at the end of each week to write a “Gratitude journal” of all the things you achieved and the things that made you happy.

A widely cited study by UCLA and the University of Miami found that people who wrote down what they were grateful for on a weekly basis were more cheerful and optimistic about the upcoming week than those who didn’t. They had lower reported stress levels, felt more capable of tackling challenges and also had fewer doctor visits while missing fewer days of work.

Another leading researcher, Dr. Martin E. P. Seligman, a psychologist at the University of Pennsylvania, tested the impact of various interventions on a group of people’s happiness and stress levels. He found that the single strongest intervention a person could take was to write and personally deliver a letter of gratitude to someone who had never been properly thanked before. Participants in the trials immediately exhibited a huge increase in happiness scores with the benefits lasting for at least a month. 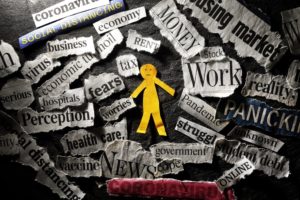 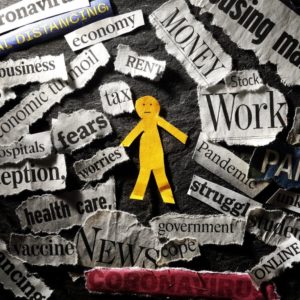 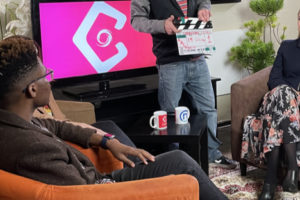 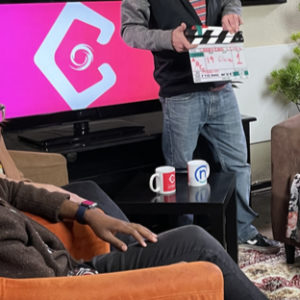 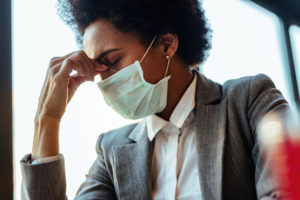 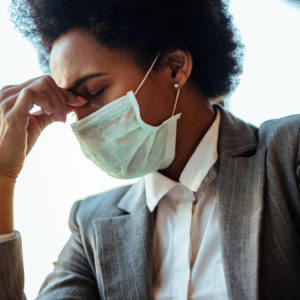