Sandile Mlambo made a bold decision when he decided to leave his home town, Durban, to open a fashion store in Johannesburg. 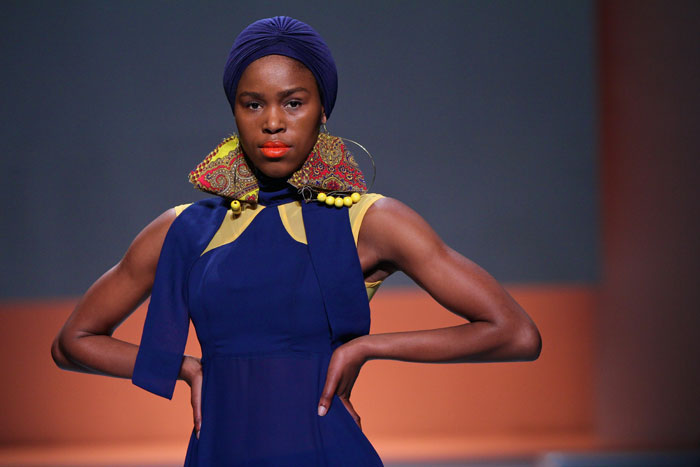 His comfortable base and large clientele was instantly replaced with insecurity in a city where everyone believes they are the next David Tlale. But Mlambo is not too worried about the challenges that come with being a Jozi-based designer and small business owner.

“I would much rather be a small fish in a big pond than a big fish in a small one,” says Mlambo.

As we chat in his trendy new boutique – Alfalfa, in the heart of Marshalltown – Mlambo’s eyes wander constantly, often reaching to fix the slightest “imperfections” in his beautifully decorated store. The high-end setup has one main attraction – bold colours.

“I’ve always enjoyed working with colour. I love mixing things up that a lot of designers wouldn’t dare to use. The African print, for instance, isn’t usually mixed with chiffon, but I’ve done that with a number of my garments.”

Mlambo points out a dress he says is one of his favourite pieces. 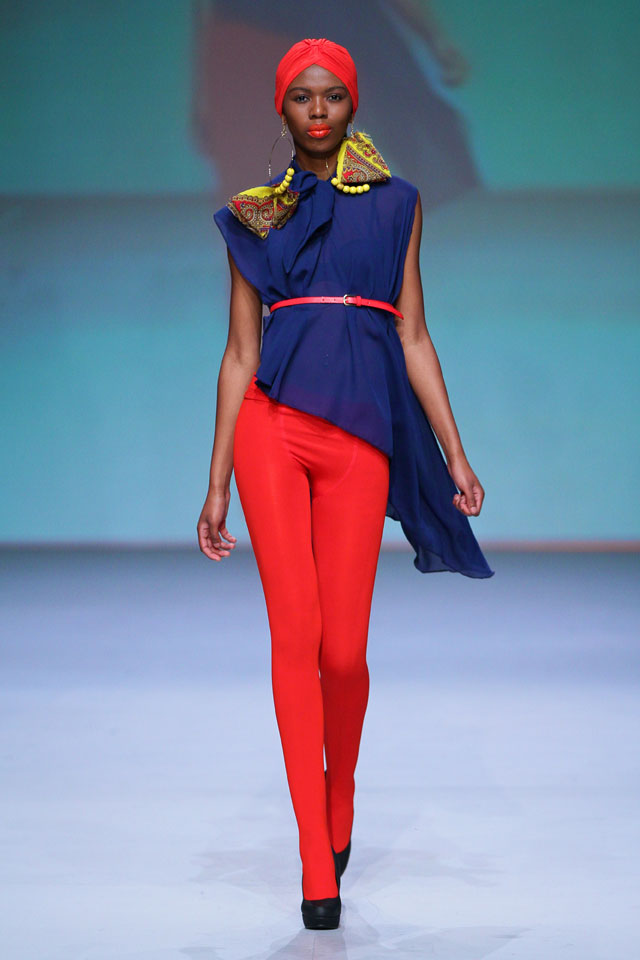 “People don’t believe me when I say I used the fabric from a pashmina for the top of this dress. But I did, and that is what design is all about for me. Using colours and fabrics in unconventional ways.”

Mlambo also prides himself on being a master when it comes to fit.

“It’s important for me to make clothes that look high end, but at the same time they have to be ready to wear,” he says.

“I pay a lot of attention to detail and creating the right compartments for all parts of the female body. The Alfalfa woman is grown and sexy.

She is a professional who likes to play around with fashion.”

Speaking on how he got into fashion, Mlambo says he didn’t plan it.

“Fashion happened to me. I know it’s the biggest cliché ever but there is no other way to put it,” he says with a laugh.

“As a child I was more interested in finishing off my mother’s crocheting than playing outside with other children. I learnt about clothes by taking them apart and putting them back together again.”

As a designer who has never studied fashion, Mlambo felt intimidated by his peers who had been to elite fashion design schools. 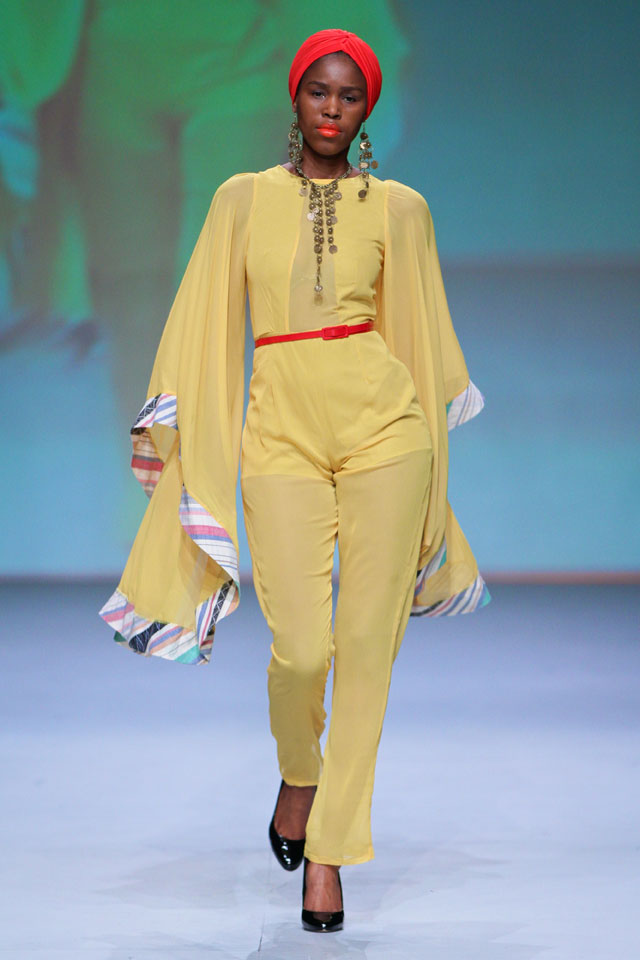 RUNWAY READY. Sandile Mlambo prides himself on being able to create high-end clothes that are also wearable.

“I used to think there was something I was missing. That my lack of formal education in the field would stop me from being successful, but after a while I realised I was just as creative and ambitious as every other designer out there and if I worked hard enough I could make fashion work for me.”

Mlambo taught himself a lot of what he knows about fashion and also did a short fashion course in Milan through the Durban Fashion Fair.

“The biggest challenge aspiring fashion designers are faced with is not skill or education,” he says.

“It’s believing in yourself when there are a lot of people doubting you, and convincing the world to believe in you too. I want to show other young designers it doesn’t matter where you studied or how you studied; what matters is you made the effort to learn the skill and you work hard every day to perfect it.”